Just over a year after its launch, the Center for Information, Technology, and Public Life (CITAP) has made significant progress on multiple fronts.

Months of renovations transformed a computer lab in Manning Hall into a multi-functional space for CITAP, including offices, partitioned desks, and meeting areas.

During the tumultuous events of 2019-2020, CITAP Principal Researchers helped clarify the ways digital media both amplify and reflect our beliefs, affiliations, and behavior. They shared their findings through more than 50 publications and dozens of interviews and analyses for national news outlets.

Zeynep Tufekci tackled a variety of topics related to COVID-19 in columns for The Atlantic, New York Times, and other popular venues.

Drawing on her research into the far-right’s use of social media to spread disinformation, Alice Marwick spoke with several news outlets, including the Today Show, about conspiracy theory QAnon. In May, Marwick was awarded a prestigious Andrew Carnegie Fellowship to further her research into online radicalization.

In their report “Enforcers of Truth: Social Media Platforms and Misinformation,” Kreiss and CITAP graduate research affiliates Bridget Barrett and Madhavi Reddi present a comparison of misinformation policies across six popular social media platforms. This examination of selective fact-checking has tremendous value for practitioners wishing to establish a system of digital political ethics, as well as for social media users in general. See citapdigitalpolitics.com for the report. 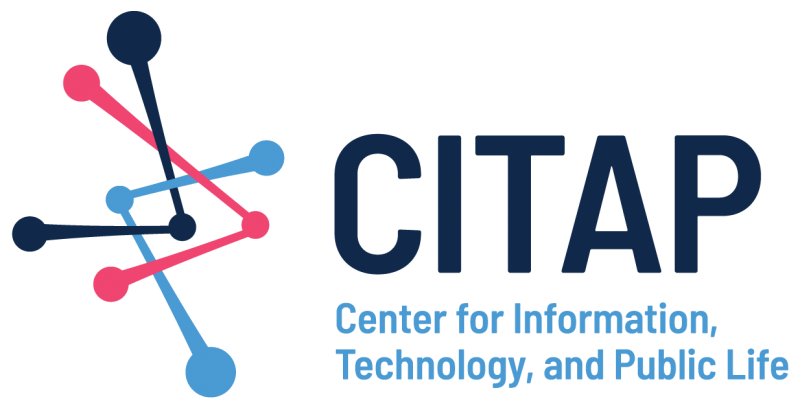 Carolina established CITAP in 2019 with a $5 million gift from the John S. and James L. Knight Foundation, and support from Luminate and the
William and Flora Hewlett Foundation. Learn more at citap.unc.edu, follow CITAP on Twitter or Facebook, or subscribe to its newsletter at citap.substack.com.