Email the Help Desk at silshelp@unc.edu or call (919) 962-8188 for any questions or concerns regarding your equipment checkout.
*Additional equipment not listed here is available for check-out and use by faculty and staff. Please contact the Help Desk for more information.

Iphone and Android Chargers; including a charging station available in the Outer Lab

The CyberPower CPS160SI3P: Designed to keep laptops and other mobile devices powered up on the go.

Apple Watch: Can be paired with an iPhone 5 or above and includes fitness tracking apps

Google Glass: Hands free headpiece that can connect to internet, record pictures and video. Includes both voice and touch commands

Raspberry Pi Model B+: Programmable single-board computer about the size of a credit card 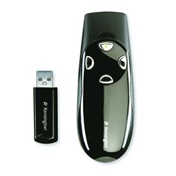 Kodak Zi10: Variable resolution up to 1080p at 30 frames/second with a portable design