Moving from paper to electronic records has solved some problems, including reducing the likelihood of medical mistakes, it has also created problems of its own. This collection of 12 comprehensive articles closely considers the social changes running parallel to changes in the way we store and use medical information. Contributors consider how the Internet has changed healthcare through online consultations renewed interest in ethical practice, the degree that trust and values apply in clinical and other health information systems, the responsibilities that come packaged with health care systems, quality management, including combining compliance and creativity, upholding privacy and data protection, and dealing with emerging technologies. The result is concise as well as comprehensive.

Black, Christina. Mommy, is this safe to eat?: a guide for preschoolers allergic to peanuts and tree nuts. United States: R3C Creations, 2006. 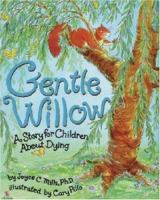 Written for children who may not survive their illness or for the children who know them, this tender and touching tale helps address feelings of disbelief, anger, and sadness, along with love and compassion. 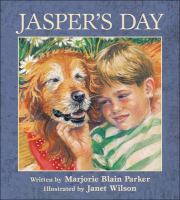 Today Riley's family is celebrating Jasper's Day. Everything they do will be in honor of Jasper -- sort of like a birthday. But it isn't Jasper's birthday. The old dog's cancer has gotten really bad. Riley knows they can't let him suffer any longer, but letting go will be the hardest thing he's ever had to do. Marjorie Blain Parker's tender story is filled with smiles, tears and the joy of special memories; Janet Wilson's gentle pastels capture the depth of love shared by a boy and his dog. Together, they speak of acceptance, remembrance and the importance of cherishing life's every moment. 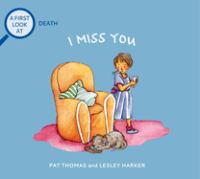 When a close friend or family member dies, it can be difficult for children to express their feelings. This book helps boys and girls understand that death is a natural complement to life, and that grief and a sense of loss are normal feelings for them to have following a loved one's death. Titles in this sensitively presented series explore the dynamics of various relationships experienced by children of preschool through early school age. Kids are encouraged to understand personal feelings and social problems as a first step in dealing with them. Written by psychotherapist and counselor Pat Thomas, these books promote positive interaction among children, parents, and teachers. The story lines are simple and direct...easily accessible to younger children. There are full-color illustrations on every page.

This book provides an overview of the current landscape in digital rights management (DRM), including: an overview of terminology and issues facing libraries, plus an overview of the technology (including standards and off-the-shelf products). It discusses the role and implications of DRM for existing library services, such as integrated library management systems, electronic reserves, commercial database licenses, digital asset management systems and digital library repositories. It also discusses the impact that DRM 'trusted system' technologies, already in use in complementary areas, such as course management systems and web-based digital media distribution, may have on libraries. It also discusses strategies for implementing DRM in libraries and archives for safeguarding intellectual property in the web environment.

How much of an impact can an animal have? How many lives can one cat touch? How is it possible for an abandoned kitten to transform a small library, save a classic American town, and eventually become famous around the world? You can't even begin to answer those questions until you hear the charming story of Dewey Readmore Books, the beloved library cat of Spencer, Iowa . Dewey's story starts in the worst possible way. Only a few weeks old, on the coldest night of the year, he was stuffed into the returned book slot at the Spencer Public Library. He was found the next morning by library director, Vicki Myron, a single mother who had survived the loss of her family farm, a breast cancer scare, and an alcoholic husband. Dewey won her heart, and the hearts of the staff, by pulling himself up and hobbling on frostbitten feet to nudge each of them in a gesture of thanks and love. For the next nineteen years, he never stopped charming the people of Spencer with his enthusiasm, warmth, humility, (for a cat) and, above all, his sixth sense about who needed him most. As his fame grew from town to town, then state to state, and finally, amazingly, worldwide, Dewey became more than just a friend; he became a source of pride for an extraordinary Heartland farming town pulling its way slowly back from the greatest crisis in its long history.

Pam Conrad takes us into the lives of six kids in six different decades and celebrates the commonality of all our lives. Originally published in 1995, Our House was hailed by critics in starred reviews as "remarkable," "rich," and "comic and poignant." This 10th Anniversary Edition, re-illustrated with stirring and beautiful black-and-white drawings that evoke the intimacy of a family photo album, is a gorgeous tribute to story, place, and memory--and to Pam Conrad herself, a writer who deserves to be memorialized for all time. 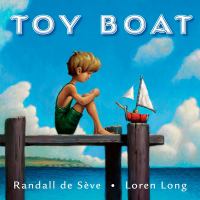 A little boy has a toy boat. He made it out of a can, a cork, a yellow pencil, and some white cloth. The boy and his boat are inseparable, until one day when the wind pushes the toy boat out into the wide lake. Alone now, the little boat must face fierce waves, a grumpy ferry, a sassy schooner, and a growling speed boat. How the little boat misses the boy! But if he is going to survive, he must figure a way to do it on his own.Loren Long has a timeless and magical touch. As he did with The Little Engine That Could,he creates a world of toys and children that go right to the soul. Toy Boat will sail into young hearts and stay there.

This Newbery Medalist makes her debut as an illustrator in a warm, whimsical picture book about the wonderful place where all good dogs go for an endless supply of ham biscuits, good meals and lots of petting.

"I believe in libraries and everything they can do to make a community stronger. And librarians and library staff are at the heart of that serve. We make it happen."
-Jennifer Lohmann (MSLS'06)