Banks, Michael A. On the way to the web: the secret history of the internet and its founders. Berkeley, CA: Apress, 2008.

Campbell, Clark A. The one-page project manager for IT projects: communicate and manage any project with a single sheet of paper. Hoboken, N.J.: Wiley, 2008.

Lia Kahn was perfect: rich, beautiful, popular -- until the accident that nearly killed her. Now she has been downloaded into a new body that only looks human. Lia will never feel pain again, she will never age, and she can't ever truly die. But she is also rejected by her friends, betrayed by her boyfriend, and alienated from her old life. Forced to the fringes of society, Lia joins others like her. But they are looked at as freaks. They are hated...and feared. They are everything but human, and according to most people, this is the ultimate crime -- for which they must pay the ultimate price. 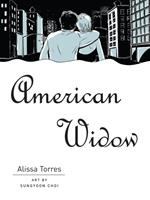 Farmer (coordinator, Librarianship Program, California State University) provides a framework that teachers, librarians, youth workers, and parents can use to empower girls to succeed in today's technology-rich world. Drawing on the work of experts in psychology, sociology, technology, and education, she describes school and after- school programs that have instilled confidence in teen girls and increased their interest in technology-based careers. She also describes fun learning activities designed specifically for girls that are on based on their developmental needs and interests.

Book scouting: how to turn your love for books into profit. Englewood Cliffs, N.J.: Prentice-Hall, 1981. 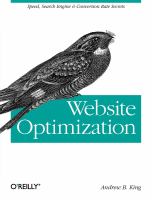 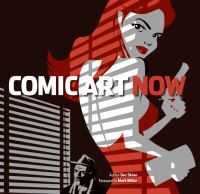 Comic art has finally reached acceptance as a legitimate and important art form in its own right, and is a source of inspiration for musicians, fashion designers, and Hollywood directors. In Comic Art Now, some of its finest exponents are gathered together for the first time in a volume that reveals the diversity and rich talent that abounds in this visually thrilling artform. The book showcases the top contemporary comic artists, whether they are established professionals such as Bryan Talbot, John Cassady, Alex Ross, Sean Phillips, Chris Ware, Mike Mignola, Dave Gibbons, Brendan McCarthy, and Frank Cho, or hot new creators making waves in the industry, like Kaare Andrews, JG Jones, Jason, and Steve McNiven.

For those who want to learn more about a favorite fantasy author or browse to see what looks interesting in the genre, librarians Stevens (George Mason U.) and Salo (U. of Wisconsin system) feature some 100 contemporary and historical writers who have novels in print. Authors of graphic novels are included but not those who have primarily written films, TV shows, games, Web- based works, or contributed to/edited short story anthologies. Following an introduction to the genre, its subgenres, and a timeline, entries include a biographical sketch, major works, awards, and research sources, e.g., biographies, interviews, criticism, readers' guides, and Web sites. Fans of about 20 authors (e.g., J.K. Rowling) are referred to other authors they may enjoy.

This book is intended to assist information professionals in improving the usability of digital objects by adequately documenting them and using tools for metadata management. It provides practical advice for libraries, archives, and museums dealing with digital collections in a wide variety of formats and from a wider variety of sources. This book is forward-thinking in its approach to using metadata to drive digital library systems, and will be a valuable resource for those creating and managing digital resources as technologies for using those resources grow and change.