New books for the week of September 28 This volume contains 36 readers theater scripts relating to the lives of picture book authors, poets, and illustrators to help students become better readers. It has a script for each week of the school year, on individuals such as Margaret Wise Brown, Bill Peet, James Marshall, Bill Martin Jr., Beatrix Potter, Stan Berenstain, Shel Silverstein, and Tasha Tudor. The reproducible scripts, which are meant to take up a 30-minute class period, are aimed at different reading levels; half are for grades one to three and the other half are for grades two to four. They contain core vocabulary words, background information, presentation suggestions, and discussion questions, and include a large number of reading parts.

Grossman, an expert in technology law and a regular columnist for the Miami Herald, supplies an accessible and sometimes humorous overview of technology law for business people, law students, and lawyers. He explains issues related to copyright and intellectual property, venture capital and financiers, contracts, e-commerce, managing IT and software, and Web sites. He looks at the ways technology affects employees' rights, and discusses piracy and crime, privacy, and encryption. Annotation ©2009 Book News, Inc., Portland, OR (booknews.com)

In this overview, Liu offers an overview of the issues that have arisen during the transition from a paper-based environment to the digital world of today--and issues that may arise in the future. The author explores topics such as trends in transforming scholarly communications, trust in the preservation of digital information, reading behavior in the digital environment, and user preference, perception, and use. In his chapter on the future of paper in the digital age, the author points out that new technologies do not always replace old ones. Paper will be with us for some time because of its numerous advantages, and because no one has invented an adequate substitute. Annotation ©2009 Book News, Inc., Portland, OR (booknews.com) 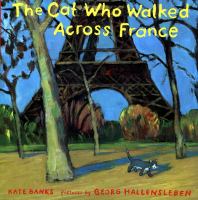 In lyrical prose and breathtaking images, Banks and Hallensleben take the reader on a journey across the Norman countryside, past ancient ruins, through bustling cities, to the sparkling ports of the Mediterranean Sea and a place an "orphaned" cat can call home. 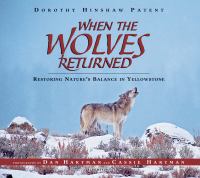 Yellowstone National Park?s majestic geologic wonders and remarkable wildlife draw millions of visitors each year. But there was a time when these natural treasures were in great danger, all because after years of unrestricted hunting, one key piece of the puzzle had been eliminated?the wolf. Now, more than a decade after scientists realized the wolves? essential role and returned them to Yellowstone, the park?s natural balance is gradually being restored. The informative dual-level text and spectacular full-color photographs show the wolves in the natural habitat that was almost lost without them. Readers of all ages will be inspired by the delicate natural system that is Yellowstone.

New books for the week of September 21

Copyright law is a thin line to toe in the world where money is tight - such as public schools. "Smart Copyright Compliance for Schools" is the educational administrator's guide to the confusing world of copyright law. With entertainment companies like the MPAA and RIAA going after suspected media pirates more fiercely than ever, not breaking these laws is key to avoiding a headache and a loss of much of the school's funds to lawsuits. Author Rebecca P. Butler explains the copyright laws a school will run into with much detail, and explains how to do everything the legal way while still doing what teachers want to do. "Smart Copyright Compliance in Schools" is enhanced with indexes and helpful quick references for readers, making it a must for any administrator not fully up to date with modern copyright law. (Amazon review by Midwest Book Review)

This practical guide provides an overview of the assessment process: planning, selection and development tools, and analysis and reporting of data. An assessment-decision chart helps readers match appropriate assessment tools and strategies with learning outcomes and instructional settings. Various information literacy standards are referenced, with emphasis given to ACRL's Information Literacy Competency Standards for Higher Education. 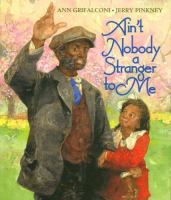 Two Caldecott Honor recipients join to bring you the incredible journey of one man, as he recounts the story of his passage on the Underground Railroad to his granddaughter. His message is one of cheer, for although he and his family found troubles during their escape, he found that folks, black and white, "helped lift us up when we was down." How, then, could he ever turn his back on another human being? 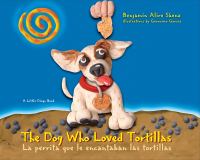 This is a bilingual book for kids and dogs and even their parents. Like all kids, Little Diego and his big sister Gabriela argue over their new dog Sofie. She belongs to me, says Diego. No, she¿s mine, says Gabriela. It's only when Sofie gets really sick that they find out who their tortilla-loving pup really belongs to. 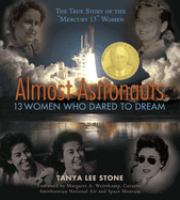 When NASA was launched in 1958, 13 women proved they had as much of the right stuff as men to be astronauts, but their way to space was blocked by prejudice, insecurity, and a scrawled note written by one of Washington's most powerful men. This is the true story of the Mercury 13 women.

Crawford, John Buyers. An investigation of strategies for supporting and controlling user development of computer applications. 1986. (QA76.9.E53 C73 1986a)

The second edition contains an introduction to key Java concepts, descriptions of all classes in the core Java 1.1 API, and a description of the syntax of the Java language. It also includes an advanced introduction to Java for C and C++ programmers; an overview of all the new features in Java 1.1, both on a package-by-package basis and in terms of overall functionality; a tutorial on inner classes, explaining how to use all the new types of inner classes; and a quick reference for all classes, methods, and variables in the core Java 1.1 API. Annotation c. by Book News, Inc., Portland, Or.

In this seamless, ultimately fascinating and controversial book, Krentz and the contributors - all best-selling romance novelists - explode the myths and biases that haunt both the writers and readers of romances; they dispute some of the notions that plague their profession and they discuss posititve, life-affirming values inherent in all romances. Several of the essays also discuss the issue of reader identification with the characters, a relationship that is far more complex than most critics realize. 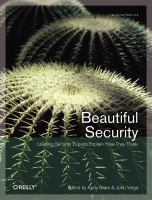 Editors Oram (editor, O'Reilly Media) and Viega (CTO, McAfee) have collected articles and essays from experts that address fascinating and creative security solutions for criminals who focus on computer fraud, hacking and wireless networking breaches. Written for anyone involved in computer security, this volume addresses such topics as developing security metrics by analogy and example, securing online advertising, the evolution of PGP, log handling and better defense practices for desktop security. Contributors also address popular trends such as social networking and cloud computing and detail how these innovations compromise online security. All royalties of this book will be donated to the Internet Engineering Task Force (IETF). Annotation ©2009 Book News, Inc., Portland, OR (booknews.com) 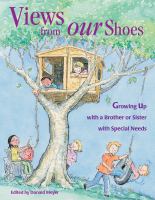 In Views From Our Shoes, 45 siblings share their experiences as the brother or sister of someone with a disability. The children whose essays are featured here range from four to eighteen and are the siblings of youngsters with a variety of special needs, including autism, cerebral palsy, developmental delays, ADD, hydrocephalus, visual and hearing impairments, Down and Tourette syndromes. Their personal tales introduce young siblings to others like them, perhaps for the first time, and allow them to compare experiences. A glossary of disabilities provides easy-to-understand definitions of many of the conditions mentioned. In Ghost Circles, volume 7 of this 9-book epic, the three Bone cousins -- Fone Bone, Phoney Bone, and Smiley Bone -- Gran'ma Ben, Thorn, and their loyal rat creature cub venture on a journey through the mysterious ghost circles to Atheia, the old city of the royal family. One wrong step could change the valley's fate forever...

This second volume (of six) of the entire collection of E.C. Segar's original Popeye (a.k.a.Thimble Theatre) comic strips features work from 1930 to 1932, and most notably includes the debut of Segar's second greatest character: J. Wellington Wimpy. Wimpy stands as a one-of-a-kind icon some 70 years after his creation, the most likeable lowdown cad ever to grace the comics page. E.C. Segar blended complex narratives, slapstick traditions, brilliant characterization, and an inimitable cartooning style to create the most exciting and profound humor of his era, rivaling the great film comics of his era, such as Charlie Chaplin and the Marx Brothers. 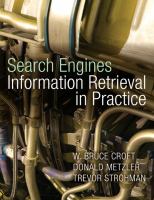 A vampire and his henchman give a fun and simple introduction to the composition and functions of blood.

Aranzi Aronzo is back with another crowd-pleaser,The Complete Aranzi Hour, their ninth book to appear in English. Great for quality time with the family, rainy days, and long car rides, Aranzi Hour guarantees hours of fun. Loaded with 250 tummy-twisting giggles, Aranzi Hourgives readers more of what they want! Filled with comics, photos, games, puzzles, and character interviews, Aranzi Houris sure to entertain even those without a funny bone.