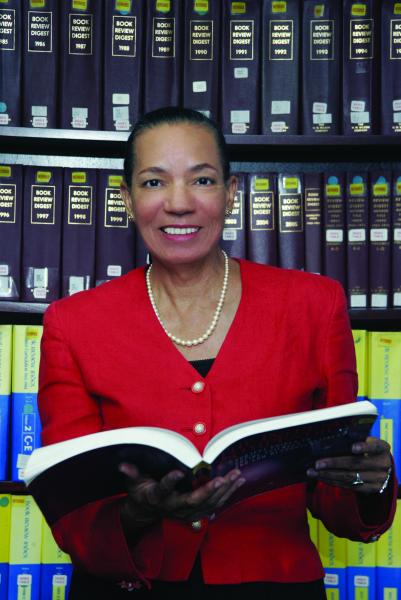 Dr. Irene Owens, SILS 2006 distinguished alumna (Ph.D. '95) and dean of the School of Library and Information Sciences at North Carolina Central University, was awarded the DEMCO/ALA Black Caucus Award for Excellence in Librarianship in Birmingham, AL at the annual Black Caucus of the American Library Association's National Conference of African American Librarians earlier this month. The award recognizes "significant accomplishments to promoting the status of African Americans in the library profession," or the development and implementation of resources and services for the African American community.

Owens was recognized for the significant impact she has had on the lives of many young professionals. Through the support of several IMLS-funded initiatives, Owens and the School of Library Science at the North Carolina Central University have recruited more than 100 new librarians into the profession. Over the course of five years, she has balanced a graduation ratio that was 70 percent white and 30 percent people of color to a ratio of 51 percent white and 49 percent people of color. In presenting the award, John Ison, DEMCO director of library relations, said "DEMCO and BCALA honor Dr. Owens for her diligent commitment to leading the library school and her professional example of leading the students as well. Her significant contributions absolutely promote the status of African-Americans in the profession."

"This prestigious award couldn't have gone to a more deserving person," said Dr. Gary Marchionini, dean of SILS and Cary C. Boshamer Distinguished Professor. "Through her many accomplishments, Irene continues to demonstrate excellence in the profession while providing opportunities for her students and colleagues. She is a model for the library and information science community."

"While I feel a personal sense of gratitude, I think one of the greatest outcomes of the award lies within the overall strength and contributions of the North Carolina Central University's School of Library and Information Sciences from its beginning until now, and hopefully well into the future," said Owens.

Previously, Owens has been an elementary school teacher, a classification record assistant at the Library of Congress, and has held several positions at Howard University in Washington, D.C. - including director of the Consciousness IV Undergraduate Library Project (funded by the Council on Library Resources) - head of the Reference Department and director of the Divinity Library. She has served as a consultant in several capacities, including the Triangle Research Libraries Network (the University of North Carolina at Chapel Hill, Duke University and North Carolina State University); the U.S. Office of Education funded Library Evaluation Project with Tribal Librarians, conducted in conjunction with the University of Wisconsin; and for the U.S. Embassy in South Africa. She was also selected by the State Department to serve as a speaker for National Library Week and as a consultant in Pristina, Kosova.

Published widely, Owens has had entries in the International Information and Library Review, College and Research Libraries, the Bulletin of the American Society of Information Science (ASIS), the Journal of Management, The Journal of Library Administration, and Library Management. She is the editor of Acquisitions and Collection Development in the Humanities and Strategic Marketing in Library and Information Science. She is currently working on a book with Greenwood Press entitled, The Management/Leadership of Staffing in Libraries and Other Information Agencies.

Owens is the recipient of numerous awards including the 2006 SILS Distinguished Alumna Award, the 2007 North Carolina Library Association's Roundtable for Ethnic Minority Concerns (REMCo) Roadbuilders' Award for Library Education, an Outstanding Service Award from Howard University and the Texas Excellence in Teaching Award. She is a life-long member of the Phi Kappa Phi honor society.

DEMCO Inc. of Madison, Wisconsin, presented Owens with a $500 check and a commemorative statue. They also provided $500 to the E. J. Josey Scholarship Fund in her name. 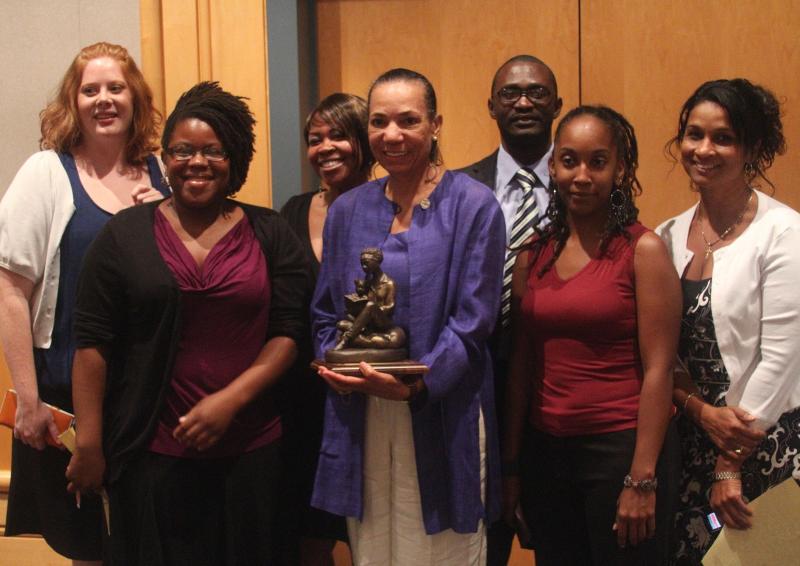 Photo includes: Dr. Owens, center with trophy, and IMLS Diversity Scholars, pose for a photo taken at the ALA Awards Ceremony at the BCALA Conference.

Photo at the top of the page courtesy of the North Carolina Central University Office of Public Relations.