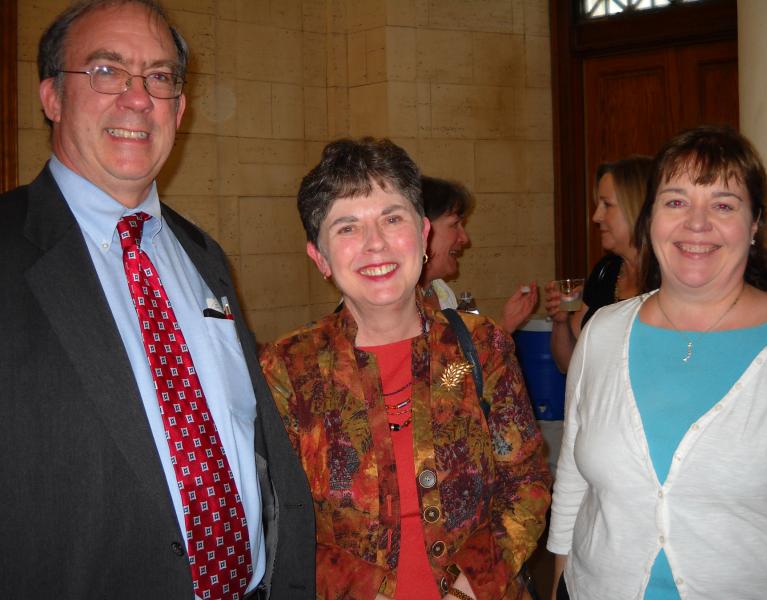 The School of Information and Library Science at the University of North Carolina at Chapel Hill celebrated the appointment of the first Louis Round Wilson Distinguished Professor on Sept. 17, 2010, in the former home of the school, Wilson Library, on the anniversary of the day library classes were first held at UNC at Chapel Hill in 1931.

Dr. Barbara B. Moran was appointed Louis Round Wilson Distinguished Professor on July 1, 2010. Moran joined the faculty at SILS in 1981 and previously held the position of dean at the School from 1990 to 1998. In May of 2009, she was appointed to the position of interim dean while the search for a new dean took place. 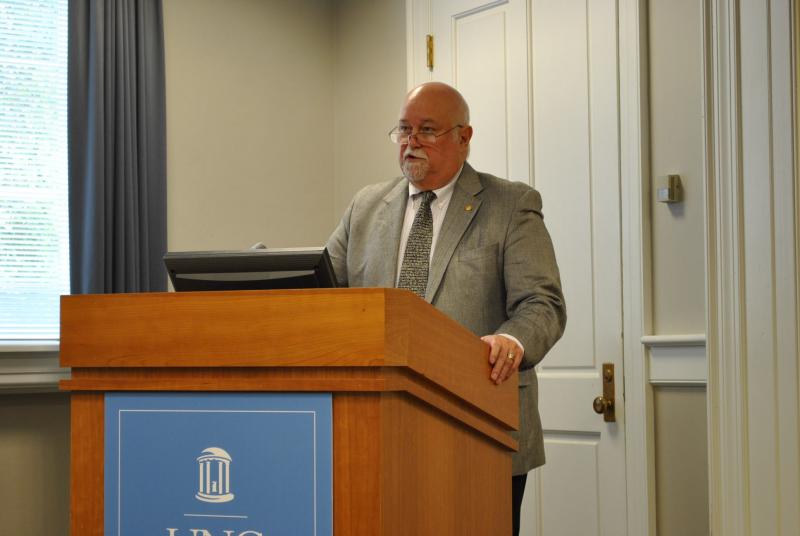 The Honorable Robert Martin presented, “Louis Round Wilson: The Man and His Legacy” to a crowd of more than 100 at the Wilson Library’s Pleasants Family Room. Martin, who is the former director of the Institute of Museum and Library Services; professor emeritus, School of Library and Information Studies at Texas Woman's University; and SILS alumnus, wrote his dissertation on Wilson as a doctoral student at SILS.

In addition to the formal presentation, several of Dr. Moran’s colleagues provided remarks including:

SILS Dean, Dr. Gary Marchionini also shared his thoughts about Moran and why she was selected for the position.

“If we had conducted an international search for the distinguished professorship, requirements would have been for a person who demonstrates leadership and vision and one who best follows the intellectual path of Louis Round Wilson,” said Gary Marchionini, dean of SILS and Cary C. Boshamer distinguished professor. “We found these requirements and much more in Dr. Barbara Moran.”

The professorship is the result of a gift from the estate of the School’s founder, Louis Round Wilson, and matching funds from the state of North Carolina. The gift of $374,077.89 was presented during a special ceremony in March 2005 by Wilson’s grandsons, Dean Edmonds III and Louis Round Wilson Edmonds. Matching funds totaling $167,000 were later added through the Distinguished Professors Endowment Trust Fund, established in 1985 to create endowed chairs by the North Carolina General Assembly.

To view the video of the celebration, please go to: http://vimeo.com/uncsils