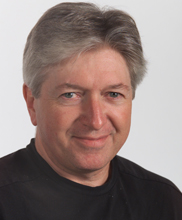 Hosted by the School of Information and Library Science, the free event will take place in the Freedom Forum Room in Carroll Hall at 4:45 to 6:00 p.m.

In late February, the British Library unveiled a new project - UK Web Archive - where you can see how sites have changed over time, locate information no longer available on the live Web and observe the unfolding history of a spectrum of UK activities represented online. This project uses a new analytic technology prototype called BigSheets to expand the preservation of Web pages in the .uk domain. The size the of the archived data by 2011 will be approximately 128 terabytes. BigSheets enables British Library researchers, and eventually library patrons, to access Web archive data, conduct queries and visualize the results in forms like a tag cloud or pie chart, for example.

BigSheets uses Apache's Hadoop technology to crawl through Web pages, parsing them to extract key terms and other useful data. It then organizes this information in a very large spreadsheet, where users can analyze it using the sort of tools and macros found in desktop spreadsheet software. Unlike ordinary spreadsheet software, however, there's no limit to the size of a spreadsheet created through BigSheets.

This talk will discuss how the Web's big data is transforming businesses, why Hadoop Technologies seemed to be the right fit and challenges on the horizon.

Rod Smith is an IBM fellow and vice president of the IBM Emerging Internet Technologies organization, where he leads a group of highly technical innovators who are developing solutions to help businesses realize the value of Web 2.0 to the enterprise.  In his many years in the industry Smith has moved IBM – and the IT community to a rapid adoption of technologies such as Web services, enterprise mashups, XML, Linux, J2EE, rich internet applications, and various wireless standards.  As an IBM Fellow, he is helping lead IBM’s strategic planning around Web 2.0 technologies and practices, with a focus on how these technologies can bring real business value to IBM’s customers.

Smith enjoys a sustained record of achievements in the software business and is the recipient of several prestigious awards and author of numerous invention patents and disclosures. He received the TJ Watson Design Excellence Award and several Leadership awards.  He is a longtime member of the IBM Academy of Technology.

Smith, well know as being a bit of a renegade…. refuses to wear a necktie, and many times can be seen throughout the business world sans socks.  The color black is his style of choice and he will mostly be seen wearing black t-shirt and jeans.