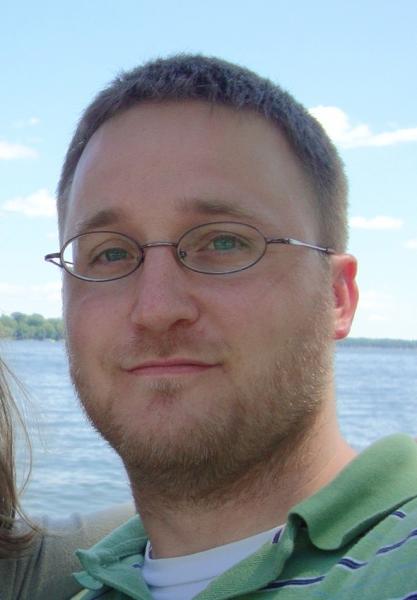 “During his time at SILS, I have had the pleasure of working with Chris as his academic advisor, as his master’s paper advisor, as his faculty supervisor for a professional field experience, and in an advanced graduate seminar on scholarly communication," said Edwards. "The paper selected by the NCSLA for the 2010 Sara Aull Paper Award is an excellent reflection of Chris’s solid understanding of different roles and priorities that faculty members may have at various stages of their careers."

Edwards also emphasized Doty's "willingness to listen to and engage with scholars about their needs" as well as "his ability to have effective conversations with researchers about their work."

"Chris has an incredibly bright future in special and academic science libraries," Edwards was quick to point out.  "He has enormous potential for making a positive impact on our field -- as a service provider, as a system designer, and as an advocate for public access to scientific and technical information.”

When asked how he developed the idea for his paper, Doty stated that he has always been interested in scholarly communication -- especially as it relates to the sciences.  "The particular aspect of Open Access that my paper focuses on -- the hypothesis that a publication's citation count is related to its "openness" -- is more a result of the literature review I did for Prof. Kelly's Research Methods class than anything else," said Doty.  "The research questions that I explored were heavily influenced by my prior experiences in academic research."

In the future, Doty plans to build upon the critical framework established by his Master's paper.  "One extension I would like to pursue is whether or not faculty members at institutions of varying levels of prestige have similar opinions concerning citation counts and Open Access," said Doty.  "I only considered a scenario where faculty members pay publishers for Open Access and would like to extend my discussion of Open Access to include the deposition of publications in institutional repositories.  I would also like to more fully explore the various incentives to sharing the research data underlying publications."

Along with a $1,000 cash prize, the abstract of Doty's paper will be published on the NCSLA Web site and included in the organization's newsletter, "NCSLA  Communicates!"