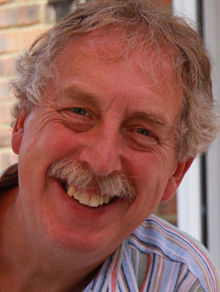 "If we did not have libraries, would anyone invent them?" will be the featured topic of the 2010 Lucile K. Henderson Lecture hosted by the School of Information and Library Science at the University of North Carolina at Chapel Hill. The lecture will feature Chris Batt, OBE, director of Chris Batt Consulting Ltd. and former chief executive of the Museums, Libraries and Archives Council (MLA) in England.

The lecture, which is free and open to the public, will take place in the Grand Ballroom of the George Watts Hill Alumni Center on October 5, 2010 at 3 p.m. A reception will immediately follow.

Abstract
This presentation will consider the future status if libraries, analyzing the risks and opportunities they face within the emerging landscape of digital culture. Based on Chris's 40 years of experience running libraries and other cultural service in London's largest borough and subsequent work as CEO of the Government's strategic body the Museums, Libraries and Archives Council. It will also draw on his current work as a Senior research Fellow at University College London where he is researching for a Ph.D., looking at future national knowledge policy planning and the implications for organizational architectures.

About Chris Batt, OBE
Until September 2007 Chris Batt was Chief Executive of the Museums, Libraries and Archives Council (MLA) in England, the development agency for the sector. Following its creation in 2000 the MLA had a pivotal role in many aspects of cultural heritage and the Information and Communications Technology (ICT) strategy. Chris originally joined the national government in 1999 to lead the implementation of the highly successful £170m People’s Network project and while in the role of MLA CEO he continued to lead involvement in digital futures strategy.

Since 2007, as a director of Chris Batt Consulting Ltd., Chris has undertaken research projects for the Joint Information Systems Committee (JISC) on the scoping of audience engagement in online service design, the creation of a wiki-based guide to all aspects of public content digitisation and a study assessing the value of university engagement with the public in the creation and curation of digital resources. International projects have included work in Australasia and a dozen countries across Europe.

In 1998 he was awarded the Officer of the British Empire (OBE), an honor of the "Most Excellent Order of the British Empire," for his groundbreaking work in developing public ICT services and in 2003 he was voted The Sunday Times Internet Guru of the Year. Chris is currently studying for a Ph.D. at University College London on the modelling of public knowledge systems in the information society.

The Lucile Kelling Henderson Lecture Series was established in 1990 to honor the memory of Lucile K. Henderson, SILS faculty member (1932-1960) and dean (1954-1960). The lecture is free and open to the public. A reception will follow the program.

For More Information
Please contact Wanda Monroe at the School of Information and Library Science for more information about the presentation. Reach her by phone at 919.843.8337.