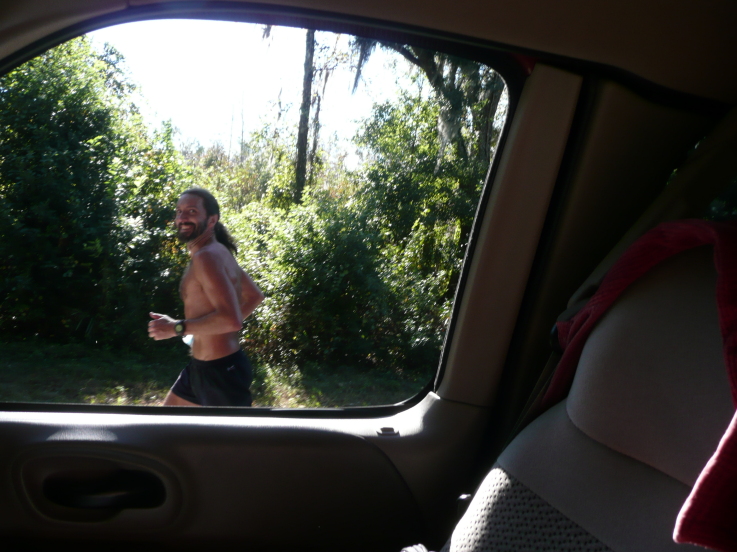 His goal to run across all 50 U.S. states came one step closer to fruition on November 21st, as SILS director of Information Technology Scott Adams crossed 208 miles of rough Florida terrain that included swamps, boiling asphalt, and, finally, the snow-white sands of Daytona Beach.

In order to complete the incredible run, Adams split it into four grueling increments:

The total adventure time was 76 hours with Adams running about 41 of those hours.

Adams, who trains year-round for his inspiring state-stretching runs, does so in order to raise money and awareness for cancer research.  To date, $10,000 have been donated to the American Cancer Society as a result of his efforts.

The ultimate reason for his runs is to remember those who are fighting cancer like his friend Bill Ranson who lost his fight with the deadly disease this September. The Florida run was dedicated to Ranson.

"Cancer has not relinquished its grip on you and I," said Adams. "Each day friends, family, co-workers and acquaintances are learning or struggling through a reality that is reshaping their lives. My good friends the Ranson family have undergone the pain of discovery, the unfathomable daily living with the disease and now the loss which cancer brings, death."

Adams says on his blog that "it is always hard to manage the logistics of the event, to endure the pounding on the body and ask more of your family and friends than you deserve." It is those with cancer and those left behind who he runs for.

"I have no idea how he gets up in the morning after having run 70 miles the day before," writes Scott's wife and strongest supporter, Mindy Douglas Adams, on her blog.  "He knows that cancer patients don't have a choice, and so he gets up for them. I don't understand it. And I most certainly couldn't do it. But I respect the fact that he does."

It's customary for Mindy, along with the couple's son, Tyler, to travel alongside her husband on his record-breaking runs. Even when school and work keep them in North Carolina for the beginning of a cross-state run, Mindy and Tyler always do their best to meet him at the finish line. 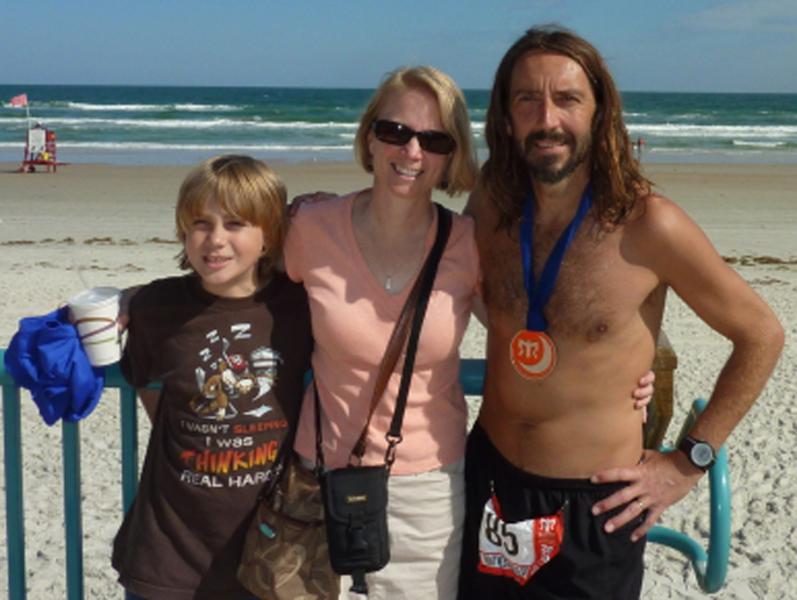 Adams has a great deal of support from others as well. In his run across Florida, he was joined by Les Chaffin (MSIS '99) and Cindy Massey, who rode bicycles or ran alongside him for portions of the four-day gauntlet. Chaffin and Massey switched back and forth from driver to biker using a car to drive ahead of Adams to scout the route for any necessary detours. Adams notes that his support crew did a phenomenal job. 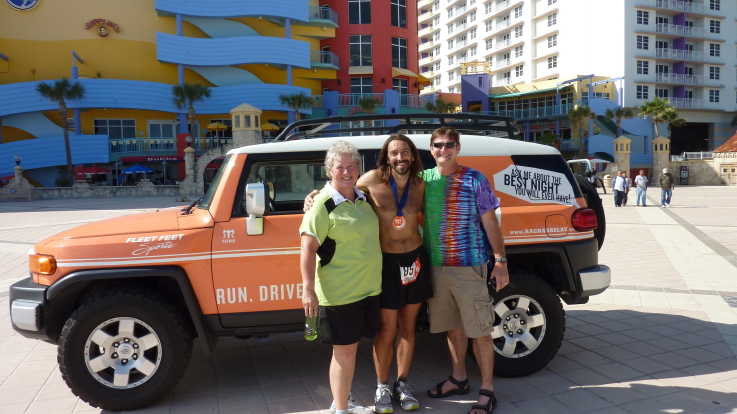 Next summer, Adams hopes to run across the contiguous United States (that's right, all the way across them).  In order to reach this goal, he will keep a pace of 50 miles a day. To put this in perspective: that's roughly two marathons a day! He will also need sponsors to help fund the effort.

If you would like to join Scott's support team, sponsor his next run or make a donation in support of his effort to raise money for cancer research, visit him online at RunTheStates. There you can receive live updates about the progress of his latest run, as well as future runs.

"Passion for research and curiosity to know more -- this is what I learned from my advisor and professors by their examples at SILS."
-Weimao Ke (PhD'10)