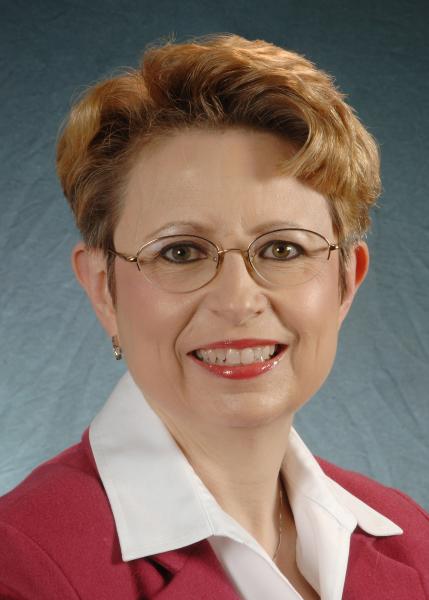 Dr. Helen Tibbo, professor at the School of Information and Library Science at the University of North Carolina at Chapel Hill, has been appointed Alumni Distinguished Professor. Those selected for this prestigious title must be exceptional faculty who are tenured professors with a record of distinction.

Tibbo has been a member of the faculty of the School of Information and Library Science since 1989. She was appointed assistant dean in 1996 and associate dean in 1997 and served for three years in this capacity. In 2002, she was selected as the Frances Carroll McColl Term Professor and in 2003 she was promoted to professor.

During her time at UNC at Chapel Hill, Tibbo has been extremely involved, not only with SILS, but with the campus as a whole. She was appointed chair of the University's Digital Curation/Institutional Repositories Committee from 2005-2007 that planned UNC's Institutional Repository. She also has served on the General Administration's Graduate Council, the Graduate School's Administrative Board, the Center for Teaching and Learning, the Mass Digital Storage Committee and the University Records Management Committee.  In addition to serving on many SILS committees and task forces, Tibbo teaches several courses in the archives and records management and digital preservation areas. She was responsible for the addition of the Archives and Records Management concentration recently offered by the school as well as the newly announced Digital Curation Certificate.

Tibbo has been the recipient of several million dollars in research grant funding, most recently receiving $803,258 from the Institute of Museum and Library Services (IMLS) for the "Educating Stewards of Public Information in the 21st Century" project. She is the principal investigator for the DigCCurr projects which have to date resulted in successful symposia drawing more than 300 attendees from ten countries, weeklong professional institutes, doctoral fellowships and broadening efforts to foster and promote the digital curation practices through presentations and speaking engagements.  She also heads up the “Closing the Digital Curation Gap” project which partners with the IMLS, the Digital Curation Center of Edinburgh, Scotland and the Joint Information Systems Committee that fund information technology in higher education throughout the UK.

In addition to her campus and worldwide activities, in August, Dr. Tibbo formally assumed the presidency of the Society of American Archivists (SAA) at the international conference held in Washington, D.C. She has been involved with SAA for 26 years and was selected as a fellow in 2005 (the highest honor awarded to a member of the organization). SAA is a professional organization of more than 5,800 national and international members.

"Helen is one of the world's leaders in digital curation, preservation and institutional repositories," said Dr. Gary Marchionini, dean of SILS and Cary C. Boshamer Distinguished Professor. "She collaborates with scholars and researchers from government institutions such as the National Archives and Records Administration and universities around the globe to extend opportunities to students and others interested in preserving knowledge. She is one of our exceptional faculty members and well deserves the appointment of Alumni Distinguished Professor."

Tibbo earned her Ph.D. in Library and Information Science and an M.A. in American Studies from the University of Maryland. She received her master's in library science from Indiana University and her bachelor's degree from Bridgewater State College.