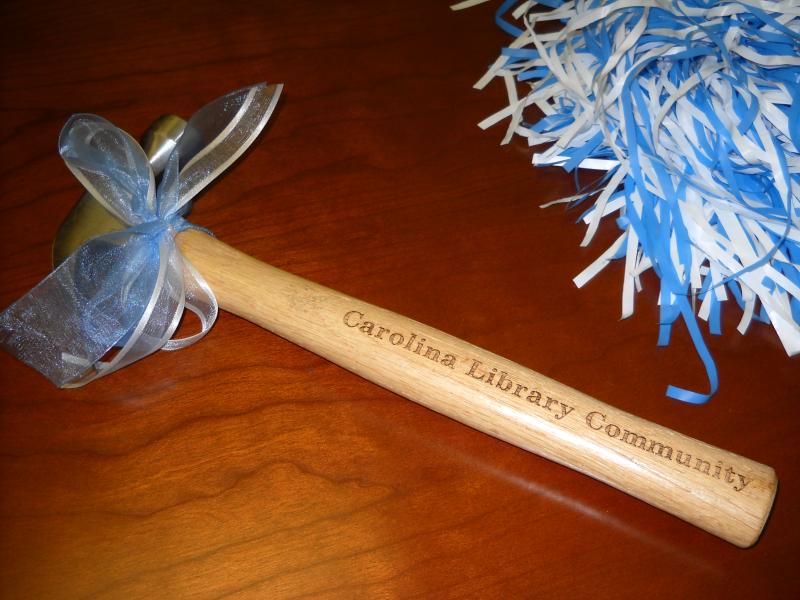 On September 18, 2011, UNC students, faculty and staff gathered for the dedication of ten new homes constructed over the past year as part of the Build-A-Block project.  These homes were built for UNC staff and Hospital employees and their families and were the product of 7,052 hours of labor by 1,400 members of the University community.

Jonathan Reckford, CEO of Habitat for Humanity International, and UNC at Chapel Hill alumnus, congratulated all who were involved in the building and fundraising efforts, and welcomed the families to their new homes. He praised his alma mater for the ambitious effort that went into building ten homes for the families.

The Build-A-Block project was brought to light by student Megan Jones who asked the University to become involved with the effort to provide housing for families in need. The building was accomplished through the efforts of the Habitat for Humanity of Orange County as a response to the record number of University employees who qualified for low-income housing last year. 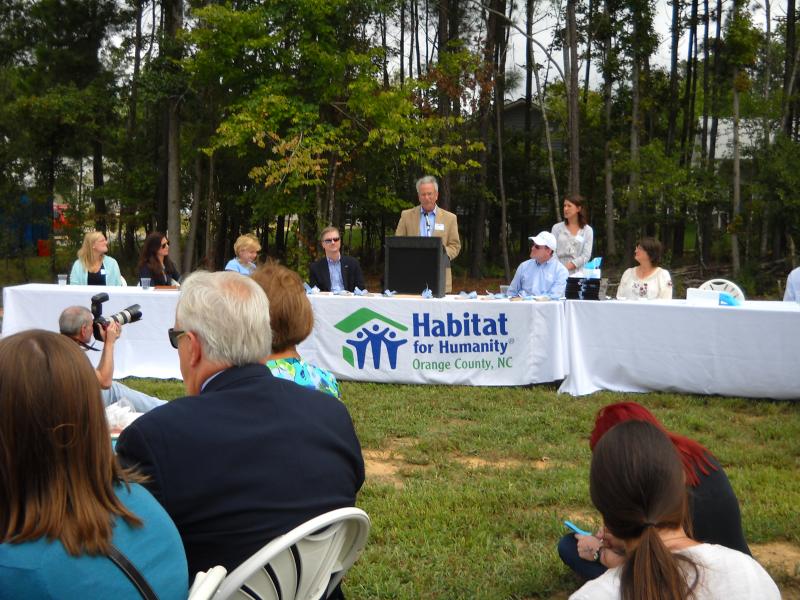 In addition to remarks from Patti Thorp, who welcomed the audience to the ceremony and introduced Megan Jones; Susan Levy, executive director of Habitat for Humanity of Orange County; Latesha Foushee, one of the homeowners; Chancellor Holden Thorp; and Reckford, Gary Marchionini, SILS dean and Cary C. Boshamer Distinguished Professor, represented those who were named champions of the Build-A-Block project during the dedication and praised the project for connecting diverse university departments by bringing them together for a common cause.

The champions were recognized for their involvement with the Build-A-Block project and each was presented a special hammer with each unit’s name inscribed on the handle. A Carolina blue bow was attached. 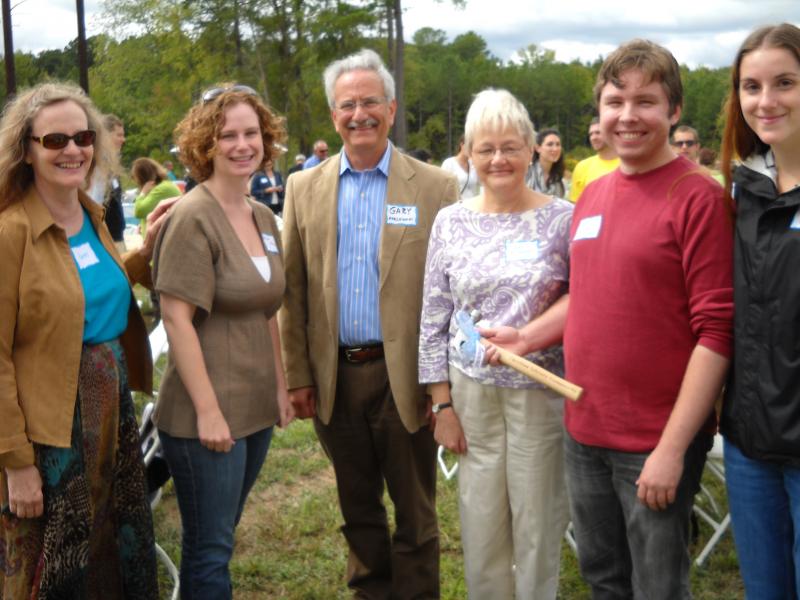 The final fund-raising effort by the Carolina Library Community Build-A-Block Champion Group was a trivia night held in Wilson Library on November 4, 2011.  With more than 100 in attendance and 21 teams, the fun event raised an additional $1538.  The match challenge from Sarah Michalak, associate provost for Libraries and university librarian and Dean Marchionini put the grand total for the evening at $2,538.

Thanks to all who helped with the build by hammering nails, raising funds, donating money and/or time, contributing prizes, providing baked goods, spreading the word to your colleagues and friends and supporting this important community project that has provided homes to those in need. Your efforts are truly appreciated.

Photos: The photo on the top left is the engraved hammer the Libraries and the School of Information and Library Science received during the ceremony.

Gary Marchionini represents the "champions" of the Build-A-Block project who included the schools and units across campus who sponsored the building of a home. During his presentation, he thanked all who were involved in the project.

The bottom photo includes some of the members of the Carolina Library Community Build-A-Block group, including from let to right, Karen Crowell, Alison Murray, Gary Marchionini, Sarah Michalak, Tyler Dzuba and Liz Garner.