It was the normal volunteering thing to do, share information about computing through the Community Workshop Series offered by Davis Library of UNC at Chapel Hill. It was through this effort that SILS alumnus, David Iberkleid (MSIS ‘10) found his calling – helping the many Latino families in the local community to learn how to access needed information. 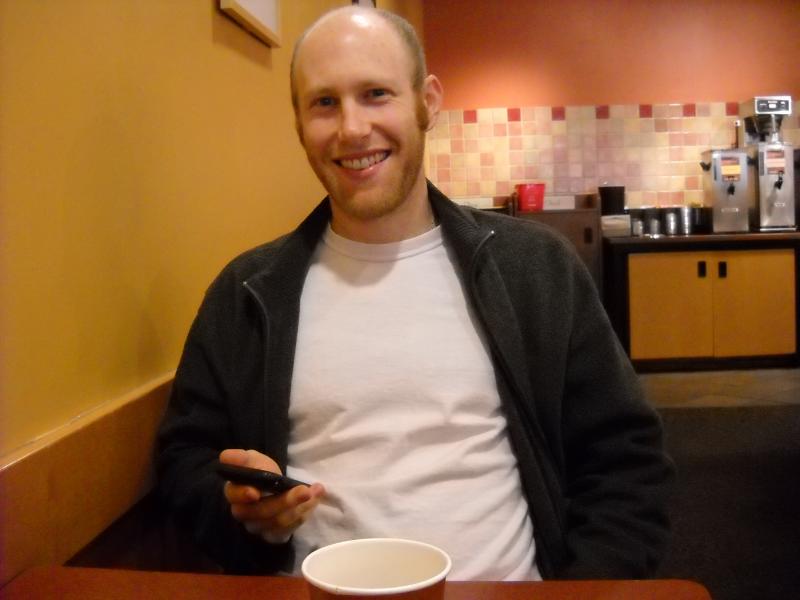 While still in school at SILS, Iberkleid began teaching computer skills to families in Carrboro Elementary School and later volunteering at the Hispanic Centers in both Carrboro and Durham. Originally from La Paz, Bolivia, Iberkleid could speak the language and help Latinos who were applying for jobs online, showing them how to access their bank accounts and explaining how to protect their children from online predators. He quickly learned that the skill levels and interests of his students were varied. He needed a better teaching mechanism.

It took time to develop the right teaching method.  He found that classes for large groups held at regular time intervals failed.  So he developed a flexible course structure.  Lower job security and higher incidence of late-night shifts were two factors that presented a barrier to regular attendance.  In addition, Iberkleid noticed that students were embarrassed about their lack of computer knowledge and overall literacy.

“Shame grows over time and leads to decreasing attendance as some students advance faster than others,” said Iberkleid.

He also noticed that niche interests and learning objectives among students were too diverse and ended up dividing his attention and lowering the amount of help they would be able to get in a one-on-one lesson. Helping them access private financial information online was out of the question because peers were present. For these reasons and more, one-on-one lessons during their preferred time and place proved far more appropriate. As a member of CALA, Iberkleid worked with the Web team at the Davis Library. With a networking tip from library staff member Cynthia Baker, he met Judith Blau, founder of the Chapel Hill and Carrboro Human Rights Center (HRC) located in Abbey Court, an apartment complex densely populated with Latinos where he continued to volunteer. He joined the board of the HRC, and grew more and more passionate about providing access to those who needed it.

“I never saw myself as a human rights activist,” says Iberkleid. “My interest was to bring technology to the Latino community so they could be better served. But then I learned that the United Nations proclaimed access to information a human right and essentially discovered I was serving a human right already.”

The one-on-one lessons really helped Iberkleid in his research and user-interface design process.
“Building trust is key,” he said. “When I would help someone, word would spread and people would come to me and invite me to their homes. The best ethnographic insight was gathered around the dinner table, after a lesson. It was a great usability study. I had a large focus group, and could see firsthand how my clients used the computer and learned what their needs really were.”

Quickly expanding, Iberkleid decided to make his efforts official and established the Web site whyequals.com. The mission behind the name is to go into communities and help people gain access to information. Inspired by the incredible need of the Latino community to access information, he began thinking of tools that would help them.

He created another Web site using open source software with the help of an intern. The site provided access to topics such as jobs that funneled Craigslist content into RSS feeds, automatically translating them using Babel fish and Yahoo! pipes.

“We were basically trying to ‘curate’ the Web for our audience,” he said. He helped simplify it as much as possible, but it wasn’t enough. The Web was still too difficult for his clients to navigate. That’s when he asked himself, “How can I help them to have this experience without going to the Web?”

Iberkleid recognized that nearly every Latino carried a cell phone, often with unlimited text messaging capability. He decided to create the application, ReK2 (re-cah-dos), which when translated to Spanish means “messages.”

Through ReK2, he can send text messages to subscribers who then share the information with their friends and families.

“Latinos often forward text messages – something that I didn’t even know was possible,” said Iberkleid.  “The messages can be of a variety of categories including information about jobs, news, weather reports and emergency messages or events.”

In just a few months, the service has caught on with the Latino community. He now has more than 1,400 followers from the Southeast U.S. He and volunteers create and send approximately 50,000 messages per month, providing access to information that was previously unavailable. Like other social networks, each follower can also make an announcement. For example, if someone wants to sell a car, he or she texts an ad to Iberkleid’s service and he forwards it to neighbors.

“It hits their market, has an immediate response, saves time using technology they’re familiar with and that is easy for them,” says Iberkleid.

Donating much of his time toward developing the application, he has now begun working to gain the participation of businesses and organizations to help sustain his efforts. He is working with local businesses to help them understand the value of providing information to the Latino market.

“Businesses can do the same thing I do – all they need is to use the app I built,” Iberkleid says.

Iberkleid’s ultimate goal is to create a nationwide outreach solution for businesses and organizations that is a fit for this market, which is a difficult market to reach. For now, he’s working with the Latino community to bring them channels through ReK2 to assist with their communication.

Gaining in popularity in the Latino community, ReK2 and the services Iberkleid has provided has also caught the eye of several organizations. On December 22, 2011, he will receive  the “2011 Power Player of The Year” for his commitment to make a positive impact in the Latino community.” The award is presented by the Atlanta Club de Comerciantes.