While the School of Information and Library Science (SILS) is known for the scholarly and professional excellence of its students, faculty and staff, it is not a buttoned-up place to study and work. No one gets shushed in the SILS Library, and one of the library’s student workers and SILS graduate student, Billy Cook, is captain of the School’s intramural sports team, which has a name that is neither shy nor retiring. 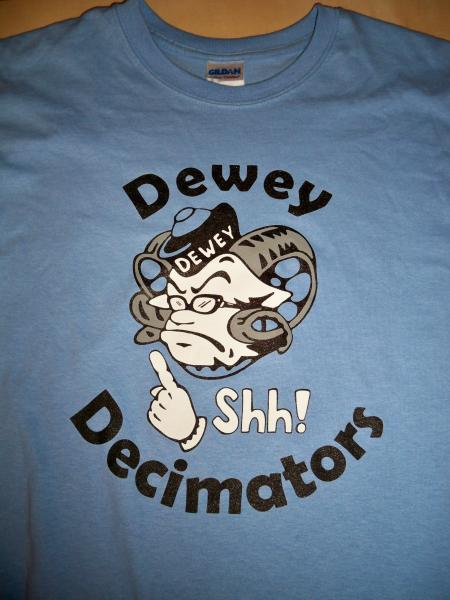 Recently, Cook – who, in addition to working in the SILS Library and being team captain, is president of the SILS Special Library Association (SLA) student group and a social chair for the Information and Library Science Student Association (ILSSA) – took a moment to talk, amongst other things, about the Dewey Decimators’ suspenseful volleyball victory, their determination in the face of adversity and their unforgettable team chant.

What are the origins of the Dewey Decimators?

That is a good question. I honestly have no idea.

How long have you been participating?

I’ve been participating since I started in the fall of 2010. However, I know the former captain Evan Watson (and SILS graduate student), who was participating the previous year. I’ve talked to alums who were involved years and years ago. I don’t know if it’s been as strong as it has been in the last year or so, but the Decimators have been around for a while.

What sports does the team participate in?

We play six sports a year, and there’s a core group of people who just want to play all of them and then others who come in depending on their interest. In the fall, we start with flag football, then we do volleyball and street hockey. In spring, we have basketball, indoor soccer and softball. So people kind of jump in and out from each of those teams – sometimes we’ll have [SILS students'] spouses, sometimes we’ll have free agents [from other programs], but then generally we have the same core of people who are there throughout.

This is all coordinated through Intramural Sports on campus?

It’s through Campus Recreation. They have a whole intramural department – it’s huge. They offer tons of sports, it’s not just those [that the Decimators participate in]. We just pick the ones that are the biggest team sports and the ones that don’t overlap. We have more of a pull for football than for outdoor soccer, for example.

So it’s all just for fun.

Since you’re also the social chair of ILSSA, is being the Decimators team captain tied to that office in any way?

No. This year it was roped into the social chair position, but it won’t be in the future. They lucked out because I wanted to do both. In the future, team captain responsibilities are going to be passed down informally as they have been in the past, so it’s passed to people who really want to take over and keep the tradition alive - especially now that we're winners!

That’s right! Tell us about your recent volleyball victory. 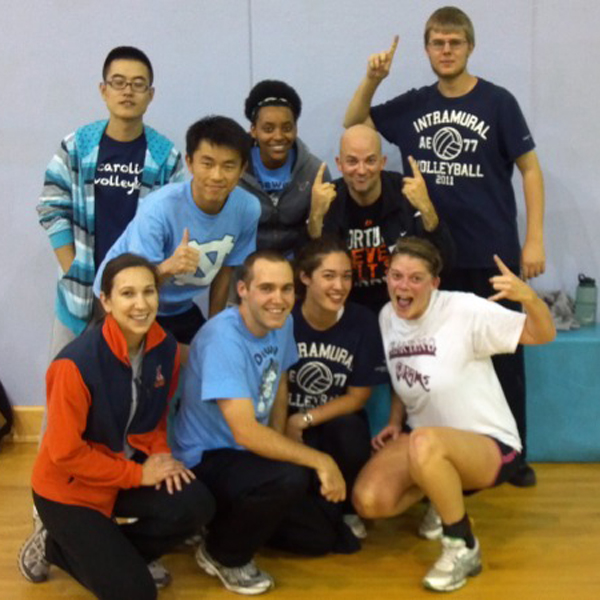 Well, let me preface that by saying that, as far as I’m aware – and I’ve talked to the former team captain and alums about this – no one can recall ever winning a game. And not only a game, but even a match. Period. It’s become kind of hyped over the last few years that we’ve never won a game. So, this tradition of losing has just become a badge the Decimators wear, and it’s something that’s driving us.

We are known throughout the league as being the most sportsmanlike team. Some teams like to make jokes at our expense because of our losing tradition, but we’ve embraced it. My personal goal as team captain has been to win a game. I didn’t think it would come in volleyball!

We’ve gotten better as each week has gone on and, in the last regular season two games, we lost in overtime. The matches were really close. All recreational teams go to the playoffs, and in our first playoff game we were playing a team called Mixed Nuts. And actually, according to our sportsmanship and our points, we were seeded higher than they were. So the whole week I was thinking to myself, “Man, this is gonna be it, this is our game, we’re gonna win this one!”

We ended up winning the first match [against Mixed Nuts], and winning that pumped us up. Then, everyone got kind of tense and started making silly mistakes in the second match. We were basically choking. We had to have a little “miracle on ice” moment to try and calm us down. But, we lost that second match in overtime, so it came down to a tiebreaker out of 15.

We were down six points, and we just turned it around. SILS graduate student Laina Stapleton  rocked it on the serves to get us back up, and then I scored the game-winning point on a spike. After that, we went nuts. And honestly, I think I’ll remember that moment when I’m being handed my diploma. 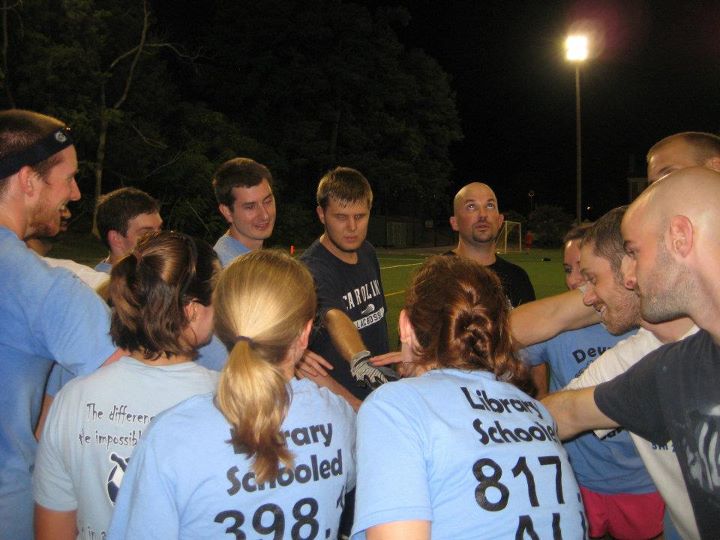 Any upcoming games we can look forward to seeing?

The Decimators have a game on Wednesday night (11/9). We are as surprised as I’m sure everyone else is in intramurals that the Decimators are moving up the playoff bracket. On Wednesday night we’re playing against a team called Tip Drill, who are seeded just a little higher than we are. We have some of our key players that can’t play that night, but as always we’ll go out there with our number one intention being to have fun and, number two, to decimate.

Can people from SILS (or anyone else) come to watch the game?

I always encourage people to come and watch because, at the very least, we’re entertaining. At times we’re like the Bad News Bears of the intramural world, but we have a blast. It’s actually probably our last game of the semester. We’ll start up again next semester.

Next semester, I encourage people to come out and just play. Ability is not going to hinder you from playing.

This year, we started a team chant that we do before and after all the games. Cristina Perez (another SILS graduate student) started this, and it’s pretty awesome. We all put our hands in and, on three, we all say “Decimators!” And then, as our hands are coming down, we do the librarian “Shhh!” just like our team mascot. It’s fantastic.

The Dewey Decimators defend their volleyball playoff victory on Wednesday, November 9 at 6:45 p.m. in Fetzer Gym. Customized Dewey Decimator t-shirts will be available again next fall. Street hockey playoffs will be next week. Date and time to be determined.

"SILS was a home for people with serving hearts, and it was a pleasure to be a part of that kind of community."
-Jeanne Harris (MSLS'16)