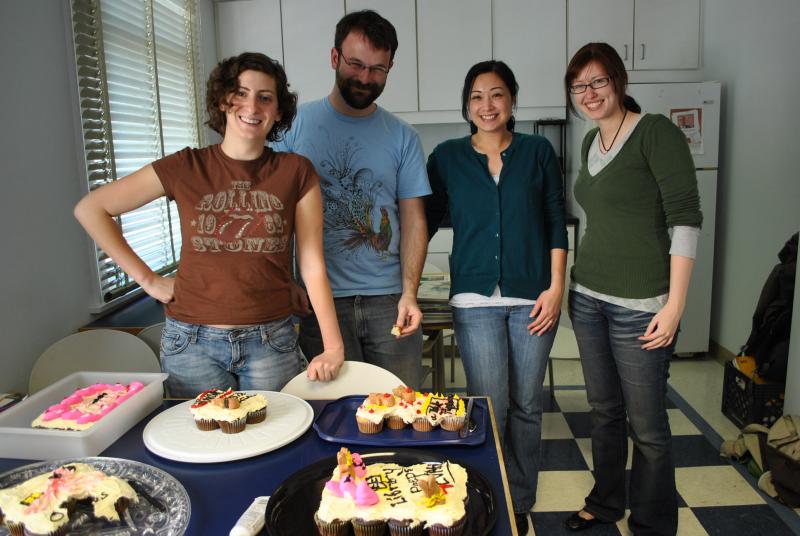 Since its creation in 2000, the International Edible Book Festival has been celebrated on April 1st in countries around the world, from Morocco to New Zealand. This year, members of the School of Information and Library Science (SILS) student organization, Art and Museum Library and Information Student Society (AMLISS), participated by creating edible books in the student lounge and sharing the tasty “pages” with fellow students and faculty.

AMLISS members Patrick Brown, April Holder-Freeman, Eva Sclippa and Katy Sandlin as well as other SILS students, baked cupcakes that they then positioned to form the “books.” They used their artistic talents to frost and design the cakes to look like the covers of children’s books, 12 Angry Peeps, Bunnicula Strikes Again, Octopus Libra, The Tale of the Floppy Bunnies and an additional edible book, Library Peeps 4 EVAH.

"We wanted to have a UNC version of this event because it's a lighthearted, creative approach to book culture," said Sclippa, president of AMLISS. "It's something somewhat artistic and whimsical, and as such we felt we could tuck it into the AMLISS mission."

The “International Edible Book Festival,” also known as “Edible Book Day,” is the brainchild of Judith A. Hoffberg and Béatrice Coron, according to the Web site, books2eat.com. They chose April Fools Day as the date to celebrate because it is the birthday of French gastronome Jean-Anthelme Brillat-Savarin (1755-1826) who wrote Physiologie du gout, a famous book containing his contemplations about food. The date also fits well with the spirit of April Fools’ Day as participants are encouraged to “eat their words and play with them” as they celebrate “the ingestion of culture and a way to concretely share a book.”  More importantly, the event is meant to create a way for people of different cultures to recognize their “attachment to food” as well as “cultural differences.” During this event, participants create edible books, photograph them and submit their photos to an online community at www.books2eat.com. The only artistic constraint for book makers is that their creation be “bookish through the integration of text, literary inspiration or, quite simply, the form.”

AMLISS is a group devoted to providing students with new ways to explore art, museum and visual resources, and records management.

The photos below include edible cake creations. Photos are by Eva Sclippa. 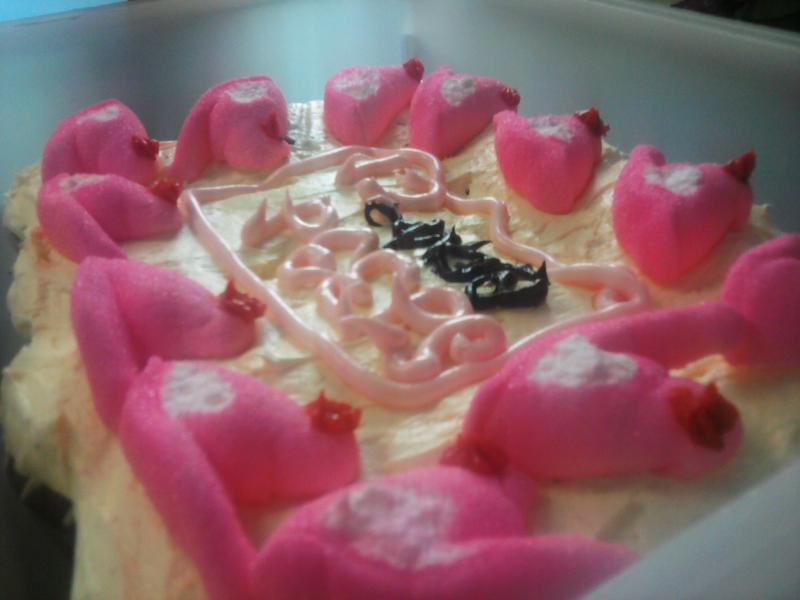 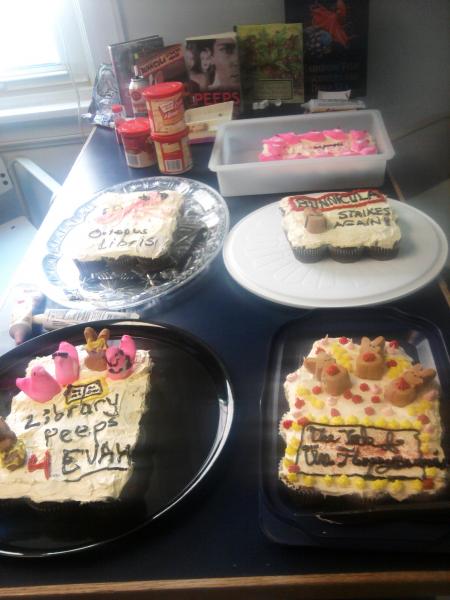 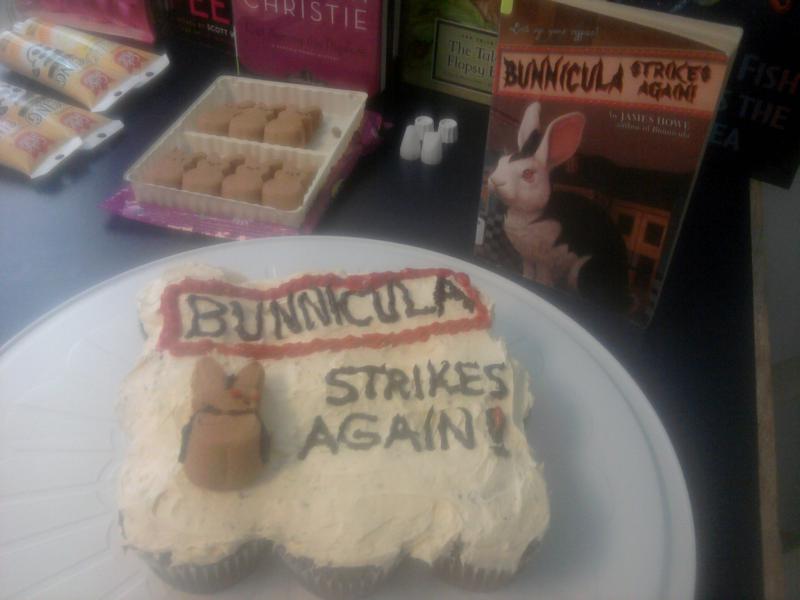