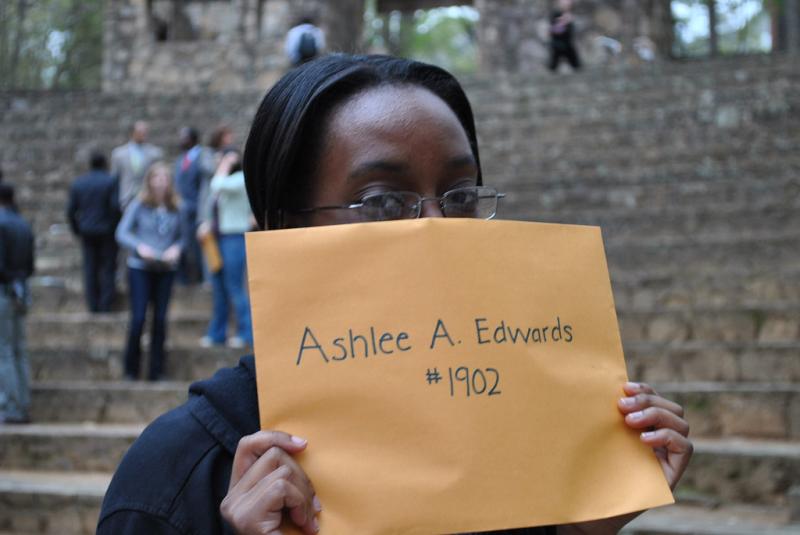 Ashlee Edwards, a senior BSIS and English major from New York, NY, was recently inducted into UNC at Chapel Hill's legendary Order of the Golden Fleece.  Taking its symbolism and organizational structure from the classical story of Jason and the Argonauts, who quested tirelessly for a mythic golden fleece, the Order was founded in 1904 and is the most prestigious honor society on campus.

Edwards was selected because of her ongoing efforts to help the School of Information and Library Science grow its undergraduate program, among other services that reflect her creativity, loyalty, scholarship, leadership and motivation to SILS and to the University.

"Ashlee has been invaluable to the SILS Web development team throughout the process of designing and populating the new Web site," said Communications Director Wanda Monroe.  "As president of Information Science Student Undergraduates Empowered (ISSUE), she has also been instrumental in the School's efforts to increase awareness of our undergraduate program.  She is always prepared to go the extra mile, no matter what the situation happens to be."

For her induction into the Order, Edwards joined a select group of other outstanding UNC at Chapel Hill students being tapped.  Since the induction ceremony was meant to be secret, when Edwards found out that she was being inducted into the Order, she was extremely excited.

"It was quite an honor and a surprise to be inducted into the Order of the Golden Fleece," said Edwards. "I'm proud to represent the School and the BSIS program, and I hope to continue to contribute as much as I can."

Each inductee receives a number other members of the Order use to identify them.  Edwards' number is 1902.