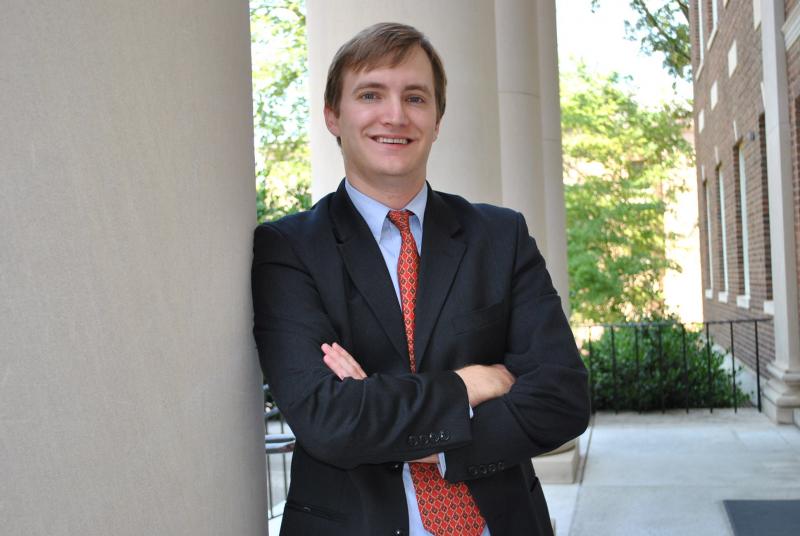 Master’s candidate Brooks Jonathan Breece ("Jon") has always been fascinated with maps and geospatial models. Even at a young age, he was drawn to maps and the ability to find his way. His first merit badge in Boy Scouts, while on his way to earning the Eagle Scout award, was the Orienteering merit badge. Growing up outside Washington, D.C., he also had a great desire to go into government service. In 2009, two of his life-long interests collided when he was selected for an Educating Stewards of Public Information in the 21st Century Project (ESOPI-21) fellowship.

The ESOPI-21 project is a research initiative funded by the Institute of Museum and Library Services (IMLS) that seeks to prepare the next generation of public information stewards by building on the dual degree program offered jointly by the University of North Carolina at Chapel Hill's School of Information and Library Science (SILS) and School of Government (SOG). Part of the grant funds fellowships for students interested in achieving this unique dual degree. Those receiving the fellowships will graduate with Master’s degrees in both Public Administration and Library Science.

"There is a pressing need for government officials to understand, share and preserve data,” said Carl Stenberg, director of the MPA program at the SOG. “Preparing students with a balance of technical, library-specific and leadership and managerial skills will be of great benefit to public officials in the digital age.”

“UNC is unique in having a School of Information and Library Science and a School of Government,” said Breece. “This arrangement is fortuitous because of the increased importance placed on access, storage, organization and preservation of information - at all levels of government. We are in an age when technologies are rapidly evolving, and government agencies are attempting to utilize new mediums for documentation and interaction both inside government and with the public."

Geographic information systems (GIS) are a part of this shift. Breece believes government is increasingly using geographic information systems to offer services. Together with a growing interest acquired at SILS in database management, his interest in mapping drew him to a third program offered at UNC - the Graduate Certificate in Geographic Information Sciences offered by the UNC Department of Geography. He was able to use credits earned at SILS to complete the certificate program in May 2010.

“Geospatial analysis can contribute to and drive conversations about national defense, disaster relief, disease control, provision of services and other basic government functions,” said Breece.  His master’s paper – “Local Government Use of Web GIS in North Carolina” for which he received a 2010-2011 Dean’s Achievement Award for best master’s paper – highlighted the increased use of Web mapping services by all levels of government and how technology use can cause agencies to evolve.

Like the other eight students selected for the ESOPI-21 fellowships, Breece has already realized some of the benefits the fellowship brings, including internships with the State of North Carolina, Environmental Finance Center at the SOG and the National Geospatial-Intelligence Agency. 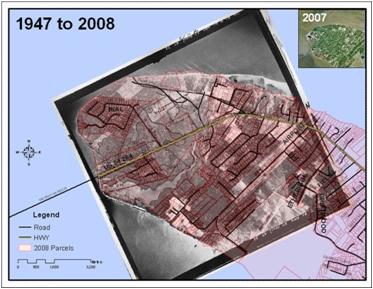 During the annual Speed Networking event sponsored by the SILS Alumni Association each spring, Breece met with an alumnus employed in the North Carolina State Government who passed his name onto Kelly Eubank, electronic records archivist with the State Archives of the North Carolina Department of Cultural Resources. The result of the connection was an internship with the State Records Center. As a GeoMAPP graduate student intern, Breece provided support to the Library of Congress-funded, multi-state GeoMAPP project that investigates long-term digital preservation of geo-spatial data. He says his largest contribution to the project was recommending file naming conventions for the high resolution aerial imagery captured of the state in 2010.

"Jon was instrumental in helping to devise a file naming schema for the over 63,000 orthoimagery tiles that were taken last year," said Eubank. "This file naming convention was adopted by the Geographic Information Coordinating Council and all of the vendors were required to use it when they submitted the tiles. This file naming structure enables users to provide access to it now as well as preservation of and access to the file in the future. We affectionately called it the Breece Standard."

During the 2010-2011 school year, Breece continued to gain experience in data visualization and data management during a second internship with the Environmental Finance Center at the SOG. As a research associate, he helped to conduct surveys on water rates, and researched financing options and institutional arrangements for local and state government energy efficiency and water quality programs.

This summer, Breece accepted an internship with the National Geospatial-Intelligence Agency (NGA). The NGA is a federal intelligence agency that is both a member of the U.S. Intelligence Community and a Department of Defense combat support agency. The agency supports the realization of national security objectives, assists disaster relief efforts worldwide and helps national policymakers plan and take action.

“For me, the welding of these seemly disparate programs and interests – information science, public administration and GIS – will lead to public officials and the public making better decisions,” said Breece. “I am thankful that the ESOPI-21 program has allowed me to build bridges across these disciplines.”

While he has devoted most of his energy to his studies and internships that have resulted in admission to the Phi Beta Kappa Honor Society, Breece has also been active with the community serving as newsletter editor to the Friends of the Chapel Hill Public Library. He was president of the Student Chapter of the American Library Association in 2009, served as the student member of the SILS Dean Search Committee and on the SILS Curriculum Task Force during 2008 and 2009. In his spare time, he was quarterback for the SILS Dewey Decimators football team (yes, SILS has a football team). He also kept active by playing floor hockey and basketball.

“The ESOPI-21 fellowships have brought new and exciting opportunities to our talented students,” said Dr. Helen Tibbo, alumni distinguished professor and principal investigator of the ESOPI-21 project. “Jon is a fabulous student who sets goals and works diligently not only to reach them, but to exceed them. He will be one to watch throughout what I expect will be an impressive career.”