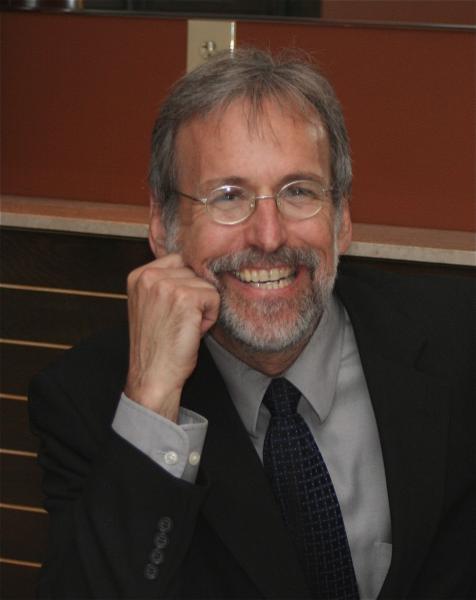 John Ulmschneider (MSLS ‘81) university librarian and professor at the Virginia Commonwealth University Libraries, has been selected as a SILS distinguished alumnus for 2011. Ulmschneider, who will be the guest speaker for the SILS Fall commencement ceremony on December 18th, was recommended through nominations by several of his fellow alumni.

“One thing I value most about John's leadership is the fact that he cares authentically for the people under his employ - and not just as librarians, but as human beings,” said Laura (Westmoreland) Gariepy (MSLS ’09). “That's a trait that is not frequently enough acknowledged, but I and many other staff members at VCU Libraries can speak firsthand to the fact that John cares for the people around him and will do everything in his power to ensure that we're in a position to succeed personally and professionally.”

“In addition to all of this, John has an outstanding record of professional service throughout his career, having invested a tremendous amount of time in his work with Solinet and ASERL, just to offer a couple of examples. I think his legacy, though, will be shepherding VCU Libraries from an historically underfunded system that has struggled to meet the needs of its users to a leading research library in the Southeast region.”

As director of VCU’s research library system, the largest of State’s three major research universities, he oversees annual expenditures exceeding $15 million, a staff of over 135 and holdings exceeding two million volumes with more than 25,000 journal subscriptions. He has a long history of service to the profession, particular with local and regional library organizations.  He is past-president and Board member of the Association of Southeastern Research Libraries, comprising the 39 largest academic research libraries in the Southeast; a member of the Virtual Library of Virginia Steering Committee, chair of its Outreach Committee and a key leader in advocacy efforts supporting its funding; current co-chair of the Legislative Committee of the Virginia Library Association; past member of the OCLC Member’s Council and User’s Council; past Board member for SOLINET and chair of its finance committee; and current president of the Richmond Academic Library Consortium. He is also a former member of the SILS Board of Visitors. In addition, Ulmschneider also concluded in November an eight-year term as a Trustee of the Richmond Public Library Board and was Chair of the Board from 2006-2008. He previously held positions at North Carolina State University in Raleigh, N.C., where he worked in concert with other library leaders to establish the NC LIVE initiative; the College of William and Mary in Williamsburg, VA; and the National Library of Medicine in Bethesda, MD.  He holds the B.A. from the University of Virginia and the Master of Science in Library Science from UNC at Chapel Hill.

“John forms meaningful partnerships with groups including the James River Writers and Jewish groups that sponsor an annual lecture," said another VCU colleague. "And, in a city full of wonderful museums and collections and archives, one focus of VCU Libraries collections is on “new” social history and collections from often overlooked communities-- African American, Latino, LGBT, and social movements.  Something of a Renaissance man, he is an avid cyclist who is plugged into the literary and poetry scenes.”

Ulmschneider is also one the top 10 people selected to Boomer Magazine's inaugural "IT" list. He was recently interviewed by CBS 6 in Richmond. To see the broadcast, go to: http://www.wtvr.com/videobeta/5d311f44-290e-44db-a8ac-23a8229fee39/Community/Boomer-Magazine-John-Ulmschneider