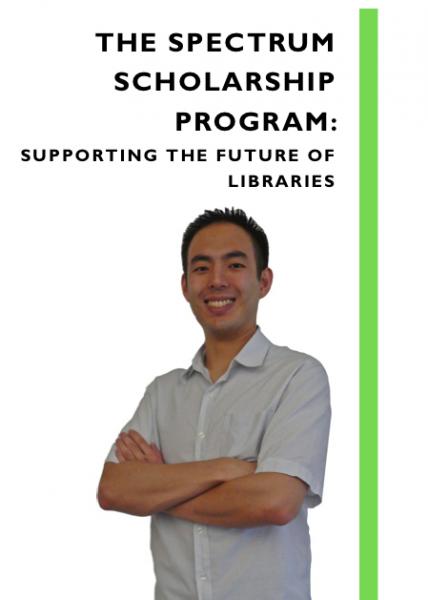 SILS MSLS student Brian Leaf is featured in the new ALA Spectrum Scholarship Program brochure.  A 2009 recipient of the scholarship himself, Leaf has become an advocate and "face" of the program, staffing Spectrum's fundraising booth at the 2011 Midwinter Meeting of the American Library Association (ALA) in San Diego, California.

According to the ALA's Web site, the mission of the program is to "improve service at the local level through the development of a representative workforce that reflects the communities served by all libraries in the new millennium." Since 1997, when the program began, ALA has awarded a total of 608 Spectrum Scholarships.  Organizational statistics show that nearly 70 percent of past Spectrum Scholars remain active in the ALA three years after graduation.

In addition to being featured on the brochure, Leaf has received a number of other honors and awards, including a 2010 Fellowship from the Association of Research Libraries (ARL), which allowed him take part in the ARL's Career Enhancement Program.