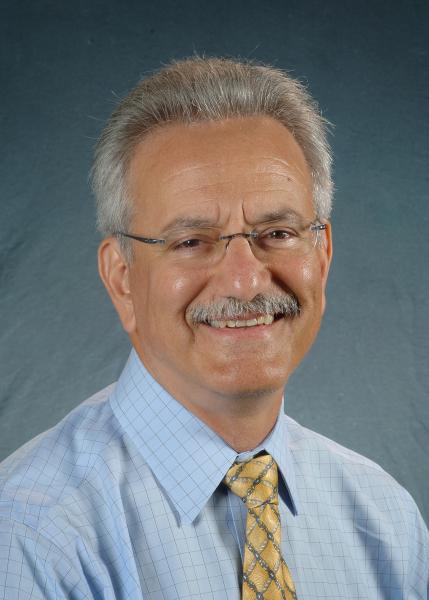 Dr. Gary Marchionini, dean and Cary C. Boshamer Distinguished Professor at the School of Information and Library Science (SILS) at the University of North Carolina at Chapel Hill, has been selected to receive the Award of Merit, the highest honor presented by the American Society of Information Science and Technology (ASIS&T).

The award will be presented by the president of ASIS&T during the annual meeting in October.

"Dr. Marchionini is more than deserving of this award," said Dr. Ben Shneiderman, professor, Computer Science and founding director of the Human-Computer Interaction Laboratory at the University of Maryland. "He has always thoughtfully provided intellectual leadership with broad theories and followed through by implementing working systems that provided inspiration for others. His work and his personal style are inspirational. He chooses meaningful paths for groundbreaking research that has impact. He works very hard, while engaging with people on a personal and human basis, a rare skill among academic superstars."

The award, which consists of an engraved Revere bowl and a certificate, includes an inscription that reads:

"Dr. Gary Marchionini is an internationally renowned distinguished professor who has contributed a lifetime of extraordinary accomplishments to the field of information science. He excels in a number of research areas including digital libraries; information seeking in electronic environments and interactive information retrieval; human-computer interaction and design; health information technologies; information policy; and, more recently, social media such as YouTube. His contributions have resulted in further development of thought, better techniques, and outstanding service to the field of information science through sharing the results of his substantial research throughout the world.

"Gary has published more than 200 articles, book chapters and technical reports on these research topics as well as publishing results of his research on the usability of personal health records, multimedia browsing strategies, personal identity in cyberspace and other areas of research. Several of his publications have been cited hundreds of times. He continuously shares the results of his research at home and around the world, most recently as an invited presenter of the prestigious Ranganathan Lectures in Bangalore, India (three lectures). Earlier this year, Gary was appointed to serve on the President’s Council of Advisors on Science and Technology (PCAST) Health Information Technology (HIT) Report Workgroup.

"Through a combination of research, teaching, and service to the community, Gary has demonstrated his passion for improving the ways in which people use computers to find and use the information they need. At every step, he has demonstrated that he is an expert in this field of information science, standing above others by envisioning a need, and then attacking problems with fervor and an enthusiasm unlike most researchers. He focuses on the impact of his work and reaches for the ultimate benefit to users of the projects and products of his efforts, changing the world for the better."

Marchionini has served as dean of SILS since April 1, 2010. A faculty member since 1998, he heads the school’s Interaction Design Laboratory. He serves on the Campus Research Computing Committee and has led or assisted in leading numerous campus initiatives since arriving at Carolina. He was nominated by his students and selected as the school’s Outstanding Teacher of the Year in 2009, and he received the prestigious Faculty Award for Excellence in Doctoral Mentoring for the UNC at Chapel Hill campus in 2010.

Marchionini served as president of ASIS&T in 2009. He chaired the National Institutes of Health/National Library of Medicine’s Biomedical Library and Informatics Review Committee, and he previously was editor-in-chief of the Association for Computing Machinery’s (ACM) Transactions on Information Systems from 2002 to 2008. He has served on more than a dozen editorial boards and is editor of the Morgan-Claypool book series, Information Concepts, Retrieval and Services. He is also the author of Information Seeking in Electronic Environment, and information concepts: from books to cyberspace identities.

In addition to his impressive publishing record, Marchionini has been awarded numerous grants from the National Science Foundation and other foundations, as well as research awards from companies including Microsoft, IBM and Google. He is the author of  Information Seeking in Electronic Environments, part of a Cambridge University Press series.

Before arriving at UNC, he was a faculty member at the University of Maryland for 15 years. He served on the faculty and as a researcher at Wayne State from 1978 to 1983 and taught mathematics at the East Detroit Public Schools for seven years.