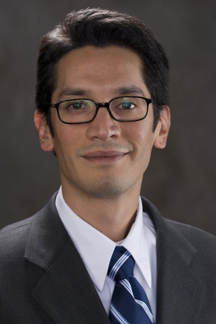 SILS alumnus Megan Perez (MSLS ’07) has published a book with Libraries Unlimited, titled The New Graduate Experience. The book features contributions from 25 authors representing more than 15 different institutions from around the United States and Canada. They include personnel and staff development officers, deans, assistant professors, directors, program managers, department heads and subject librarians. Many of them were participants of the ALA Spectrum Scholarship Program, the Minnesota Institute for Early Career Librarians from Traditionally Underrepresented Groups and ARL’s Initiative to Recruit a Diverse Workforce.

Perez has worn a number of hats in his career. He spent three years as a Librarian-In-Residence at the University of Arkansas (where he published the book); he currently works as a contractor with SVI, an organizational development consulting company. He also freelances as a graphic and Web designer for Technology 101 and SASS interactive, which are technology training institutions in Bentonville, Arkansas.

The New Graduate Experience not only contains strategies for residency program management, but also features personal essays from former residents recounting their experiences.

This book is designed to appeal to library and information science practitioners, faculty, students, and researchers. It was released in December 2010 and is now available for purchase.