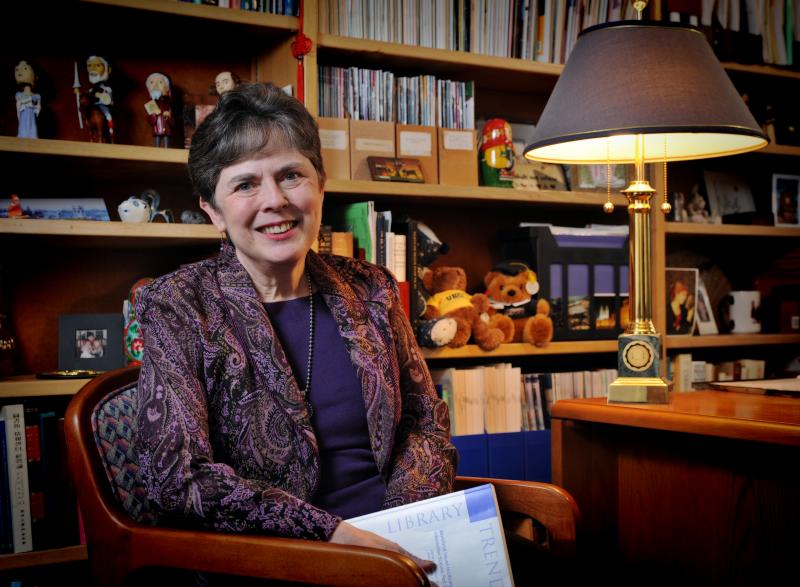 When she attends her class reunion at Mount Holyoke College this month, School of Information and Library Science (SILS) Professor Barbara Moran will be presented with the prestigious Elizabeth Topham Kennan Award for Outstanding Accomplishment in the Field of Education. The award, which is named after former Mount Holyoke President Elizabeth Topham Kennan, is given periodically to an outstanding alumna of the school who has made significant contributions throughout her career to the field of education.

In keeping with the example set by Kennan, who headed Mount Holyoke from 1978 - 1995 and spearheaded a movement for the educational equality of female students nationwide, Professor Moran has approached her time at SILS in an equally selfless and dedicated way -- both during her tenure as dean of the School from 1990 to 1998 and as interim dean in 2009 while the search for a new dean took place.

During her first tenure as dean, Moran added an undergraduate minor program and increased graduate enrollment at SILS by 32 percent. She enhanced technical resources, hired the School’s first development director, established the first Board of Visitors and doubled the School’s endowment. She also increased the international involvement of SILS and began the very successful Oxford and Prague Summer Seminars.  She continues to direct the School’s international programs, most recently developing a new program to London, England.