Over the course of their long, exciting careers, Lea Wells (MSLS '77) and Jordan Scepanski have had the opportunity to work in a variety of library contexts, both in the United States and abroad.

Scepanski's interest in international affairs dates back to his time in the Peace Corps serving in Turkey. He was then drafted into the U.S. Army and stationed in Korea. Scepanski says he "chose the Peace Corps first, then the Army chose him" for his early global travels. 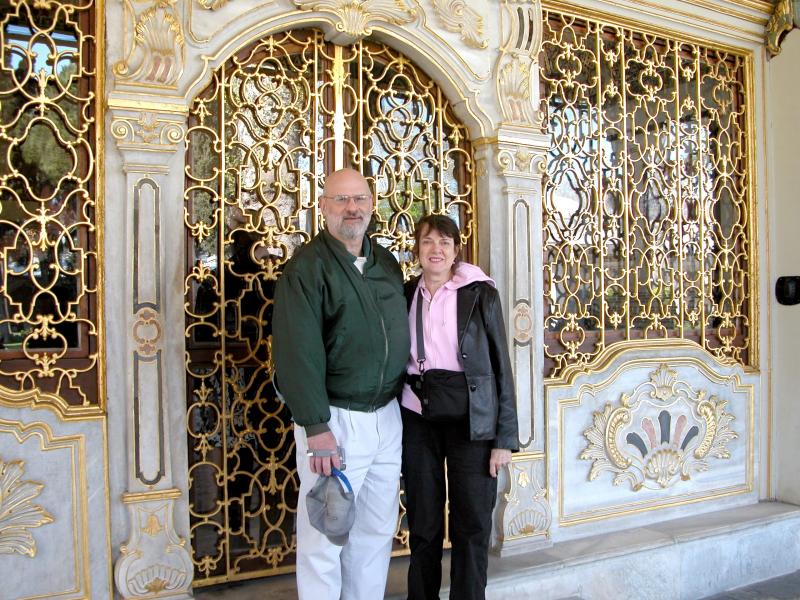 After entering the academic library world, Scepanski would go on to serve as staff liaison to the American Library Association's (ALA) International Relations Committee and International Relations Round Table. He also received a Fulbright Senior Lectureship, which provided him, Wells and their daughter the opportunity to travel to Turkey.

While there, Wells taught English as a second language at the American Turkish Association while Scepanski taught for a year in the graduate program of the Department of Librarianship at Hacettepe University in Ankara.  During their time abroad, Wells and Scepanski both instantly fell in love with the Turkish people.

"Our experience broadened my view of the world and whetted my appetite for travel and work abroad," says Wells.  She later joined the ALA International Relations Round Table and served on several committees before chairing it and leading fund-raising initiatives.

The family returned to the states in 1982 when Scepanski's Fulbright lectureship ended. They held jobs at Vanderbilt University, California State University, Long Beach and then returned to North Carolina where Scepanski worked at the Triangle Research Library Network (TRLN) before they began their trek to Zayed University, United Arab Emirates (UAE) in 2002.

When Scepanski was recruited to become dean of library and learning resources at Zayed University, an all-female national university with campuses in Dubai and Abu Dhabi, UAE, the couple relocated from Chapel Hill to the Middle East. Wells was the coordinator of the university's teaching, learning and assessment center. The couple has worked, lectured, conducted workshops and seminars around the world. Wells has taught workshops and provided training in St. Petersburg, Russia and Baku, Azerbaijan. Scepanski has also lectured on behalf of the U.S. State Department in Russia, Indonesia and Brazil.

Prior to their adventuresome careers abroad, Wells and Scepanski worked in a number of academic libraries here in the States - the most important, perhaps, being the one where they first met.

Originally from the North Carolina/South Carolina border, Wells worked with Scepanski - a Yonkers, New York native - while she was the J. Murrey Atkins Library’s circulation department head at the University of North Carolina at Charlotte (UNC-C) and he was the library’s new assistant director. "I tried to lock Jordan out of the library his first day on the job," she humorously admits.

This chance encounter worked out for the best, however, as her husband-to-be would later encourage Wells to pursue her MSLS at SILS. "I liked Charlotte and North Carolina, so I didn’t really consider going anywhere else," Wells said. "Fortunately, the UNC library school was one of the best."

Already in a position of leadership at UNC-C, Wells says that she was "quite excited about the movement of women into management positions in various areas of employment" and felt that she could succeed in the library field.

"I had a taste of facilitating a self-study process for developing staff and guiding a library program at UNC-Charlotte, and that experience encouraged me to combine my interest in psychology with library science in such a way as to help library employees and general faculty grow in their positions," she said. "Later work in the field of professional and organizational development let me use my skills as a librarian and my interest in people to broaden teaching skills among faculty through the use of technology and learning-centered techniques."

Scepanksi would eventually become the executive director of the Triangle Research Libraries Network. "I applied for and was offered the position after spending 12 years [on the West Coast] at California State University as director of its library and learning resources programs," he explains. While at TRLN, he simultaneously taught "Management of Information Agencies" as an adjunct professor at SILS.

During the course of their careers, the couple has accomplished a great deal in the field of academic librarianship and received a number of prestigious awards, most recently the John Ames Humphry/OCLC Forest Press Award for International Librarianship. They were acknowledged in 2010 with the award "for their significant contributions to international library development through their long involvement in professional and educational activities." 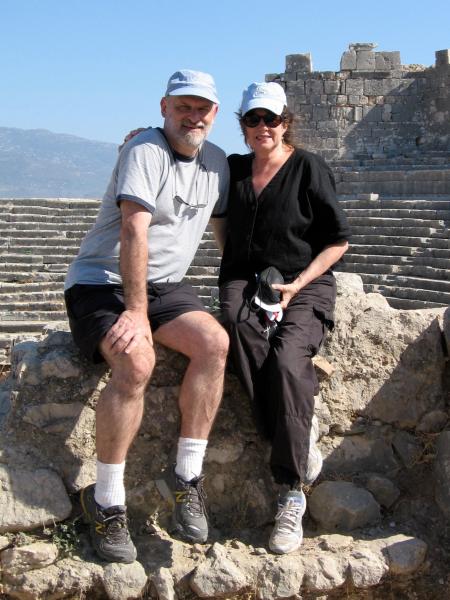 When asked if they ever thought their educations would take them around the globe, both Scepanski and Wells admit that they could never have anticipated their international travels.

"I was a happy stay-at-home sort of person until I married Jordan and moved to Turkey, four months after our wedding," Wells explains. "It was definitely an exciting chapter in our lives."

The couple says their experiences have brought them to realize the importance of library staff and the teamwork necessary to make any functioning academic library, whether at home or abroad, a success. They also recognize the need to accept change.

"Our careers allowed us to engage in library self-study processes that encourage shared responsibility for growth and change.  A library’s success depends on the enthusiastic and empowered staff who do the work.  We hope that in small ways we influenced people we’ve interacted with to believe in the power individuals have to make a difference by fully engaging in their professions and continuing to learn.  We know this may seem idealistic, but it works. Change comes to us no matter how we might like to remain the same. By accepting change, by seeking it, we grow and we help others to do the same.

"Our time in Turkey, in Dubai and in other settings around the world, has given us opportunities to learn from people far different from ourselves. By sharing our lives and experiences with them, we’ve discovered that our sameness far outweighs our differences."

Bottom photo, Jordan and Lea (wearing Tar Heel baseball caps) above a theater at the ancient Lycian site of Xanthos.