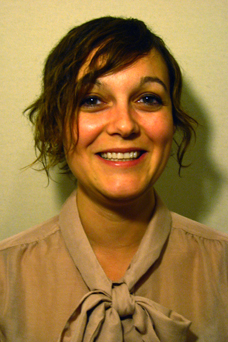 The School of Information and Library Science (SILS) at the University of North Carolina at Chapel Hill welcomes Thea Allen (MSLS ’07), who joined the United States Environmental Protection Agency Library in Research Triangle Park as Interlibrary Loan/Cataloging Librarian on October 17, 2011.

Allen returns to the EPA Library, where she previously worked as a library assistant in Interlibrary Loan and Serials while pursuing her master’s degree at SILS, from the Environmental Protection Agency Headquarters and Chemical Libraries in Washington, D.C. where she served as a cataloging librarian. Her duties there included being the primary cataloger for the EPA's Headquarters and Chemical libraries and part-time original cataloger for three remote regional EPA libraries.

Allen also has worked as a special project cataloger at Wilson Library at the UNC at Chapel Hill where she cataloged items in a retrospective conversion project, and performed original and complex copy cataloging of pamphlets, maps, music and ephemera.

As the EPA Interlibrary Loan/Cataloging Librarian, she will oversee operations for interlibrary loan, document delivery and cataloging.  In addition, she will provide routine information services utilizing the EPA-wide information network and offer training for library personnel and interns.

"We are delighted that Thea chose to come and work with us at the EPA-RTP Library," said Tamika Barnes, EPA Library director. "Her background, cataloging skills and enthusiasm to work with the interns will make us a stronger library."

SILS has provided library services at the Environmental Protection Agency in Research Triagnle Park since 1974. The agreement between the School and the Federal government provides contract employees from SILS who staff the library, including the director, and offers between 10 and 18 internships every year for SILS master's students at either the EPA library or the nearby National Institute of Environmental Health Sciences Library. Nearly 400 SILS students have worked in one of the libraries since the beginning of the partnership.

The EPA-RTP library is one of 28 libraries in the EPA national library network and the only one to be staffed by university employees and students. The library serves the information needs of the roughly 2000 scientists working in the five laboratories on the EPA-RTP campus.