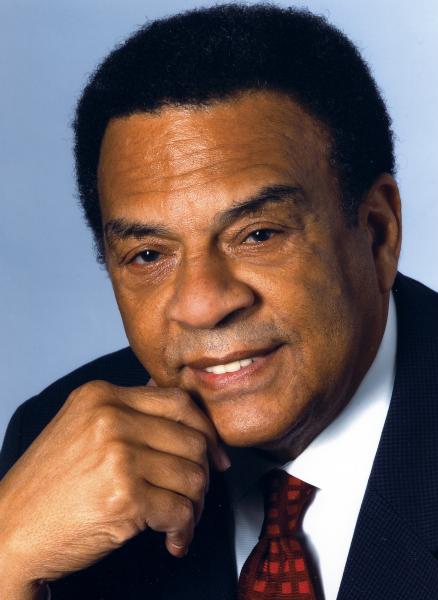 Young, who was an aide to King, a Congressman and a U.S. ambassador to the United Nations – will speak at 7:30 p.m. Jan. 17 in Memorial Hall on Cameron Avenue. The free public program will begin with a scholarship presentation. Then Jack Boger, dean and Wade Edwards Distinguished Professor in the School of Law, and UNC senior Amber Koonce will engage Young in conversation.

“We’re pleased to bring to Carolina someone who as a young leader marched side-by-side with Dr. King and rose through the ranks of the social justice and civil rights movements and beyond,” said Terri Houston, interim chief diversity officer, Office of Diversity and Multicultural Affairs.

“In light of national action groups such as OCCUPY and international movements activated by social media, Ambassador Young will offer provocative thoughts on how the movements of yesterday impact the movements of today while sharing personal stories of his life as Dr. King’s protégée,” she said.

The lecture will highlight the 2012 MLK Week Celebration at Carolina. This year’s theme is “The Time is Now: Our Legacy, Our Future.” For a schedule of activities, visit http://www.unc.edu/diversity/mlkweek.htm.

Andrew Jackson Young Jr., 79, was born in New Orleans to a dentist and a school teacher. He graduated from Howard University in Washington, D.C., in 1951, then earned a divinity degree from Hartford Theological Seminary in Connecticut. He became pastor of Bethany Congregational Church in Thomasville, Ga., where he immersed himself in the civil rights movement.

Young left Thomasville in 1961 to work for King’s Southern Christian Leadership Conference and became executive director. He helped organize voter registration and desegregation campaigns in towns including Albany, Ga.; Birmingham and Selma, Ala.; and Washington, D.C. He was with King when the civil rights leader was assassinated in Memphis, Tenn., in 1968.

Young was elected three times to the U.S. House of Representatives, the first African American to win a seat from Georgia since Reconstruction. There Young championed poor and working-class Americans and opposed efforts to increase military budgets.

He supported the 1976 presidential campaign of Jimmy Carter, and in 1977 Carter named Young ambassador to the United Nations. Young was forced to resign the post in 1979 after he met with a Palestinian Liberation Organization representative. At that time, the organization was considered a terrorist group, and U.S. officials were officially forbidden to meet with its members.

Young returned to Atlanta and in 1981 was elected the city’s mayor. Today he is a professor at Georgia State University’s Andrew Young School of Policy Studies.