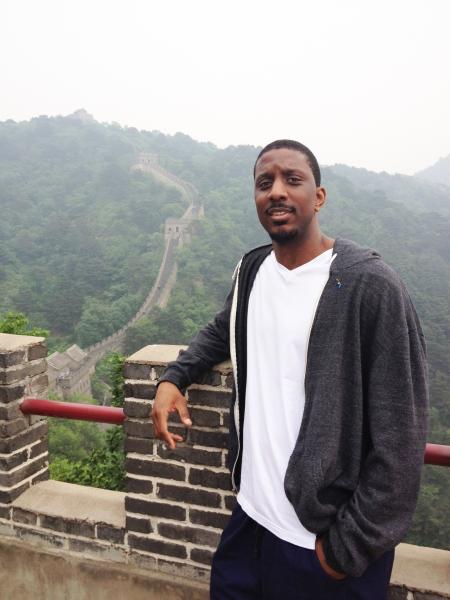 By Aaron Dodson and Alecia Smith

On April 4th, 2005, when the North Carolina men’s basketball team won its first national title since 1993 and fourth overall in university history, the School of Information and Library Science (SILS) was proud to call one of its students a champion—six-foot-nine forward/center Byron Sanders (BSIS '06).

Sanders was one of the Tarheel players of the team that took the 75-70 championship game victory over the University of Illinois. He was also the only member of the team to have received academic honors while playing at Carolina.

The athlete from Gulfport, Mississippi was named to the All-ACC Academic Basketball Team as a sophomore in the SILS Bachelor of Science in Information Science (BSIS) undergraduate program during the 2003-2004 season—the first school year that the major was offered.  And according to Dr. Barbara Wildemuth, professor and associate dean for academic affairs at SILS, Byron had no trouble balancing his time on the court with his time in the classroom.

“As his academic advisor and teacher, I really enjoyed working with Byron because even though he was a basketball player and had to have a lot of time committed to that effort, he also was really serious about his studies,” Wildemuth said.  “He took a lot of initiative and did a lot of work to make sure that he could be a successful information science major as well as a successful basketball player.”

After playing 89 games, making 12 starts, scoring 102 points, grabbing 137 rebounds and blocking 16 shots in a Tarheel uniform, Sanders graduated from UNC in 2006 with a bachelor’s degree in information science.  Since then, he has played professional basketball in Germany, Sweden, Portugal, Bulgaria and most recently Switzerland for the Lugano Tigers.

Even though Sanders, in the past several years, has focused on furthering his career in basketball while adapting to European culture, he continues to utilize the knowledge he gained during his time at SILS on a regular basis.

“I’ve used the skills that I learned in the SILS program to research, gather, store and apply information to projects and events that I’m involved in,” he said.  “From social networking to scouting a team using their statistical information to researching stocks to buy or sell, I use my degree every day.” 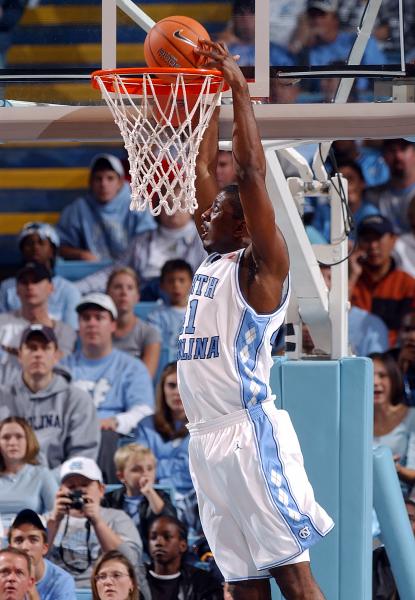 Sanders also used these tools to begin the THINK Success Foundation — a non-profit organization committed to connecting with the youth of the Gulf Coast in the state of Mississippi through educational, life skills and basketball instruction programs.

“A year after I graduated, I started the ‘THINK Basketball’ camp under my non-profit organization and have hosted as well as directed it almost every summer since,” he said.  “The skills that I acquired from the SILS program have really helped my camps become more successful over the years.”

Since marrying his college sweetheart in 2011, former UNC women’s basketball player LaToya Pringle, and being sidelined from playing with the Tigers this year due to injury, Sanders has begun planning for his life after basketball.  More specifically, in order to put his technical skills to use while remaining in the field of sports, Byron applied to and has been accepted to the sports administration graduate program within UNC’s Department of Exercise and Sports Science. With these plans in mind, he as well as Dr. Wildemuth believe that his bachelor’s degree in information science and a potential master’s degree in sports administration are a great match for his future success.

As SILS alumnus Byron Sanders prepares to continue his education by diving into the field of sports administration at UNC at Chapel Hill, the most important skill that he will take with him is an overall familiarity with the importance of information.

“Technology and information are linked to almost everything and are evolving everyday," he said. "The world is connected through information technology. I believe studying information science has helped me reach many goals in my personal and professional life and will help society as a whole become more united.”