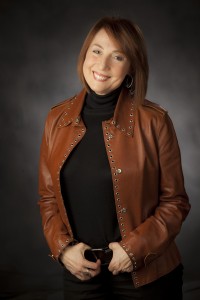 The School of Information and Library Science at the University of North Carolina at Chapel Hill is pleased to announce that Cathy N. Davidson, Ruth F. DeVarney Professor of English at Duke University and the John Hope Franklin Humanities Institute Professor of Interdisciplinary Studies, will provide the commencement address for the School's spring graduation ceremony on May 13, 2012.

Davidson served as vice provost for Interdisciplinary Studies at Duke University from 1998 until 2006, where she helped create the Program in Information Science + Information Studies, the Center for Cognitive Neuroscience, the John Hope Franklin Humanities Institute and many other programs.  In 2002, she co-founded  Humanities, Arts, Science, and Technology Advanced Collaboratory (HASTAC or "haystack"), a virtual network of innovators with over 6,500 members that directs the annual $2 million HASTAC/MacArthur Foundation Digital Media and Learning Competitions. She has published more than 20 books, including Revolution and the Word: The Rise of the Novel in America; Closing: The Life and Death of an American Factory (with photographer Bill Bamberger); and The Future of Thinking (with HASTAC co-founder David Theo Goldberg).  In 2010, President Obama nominated her to a six-year term on the National Council on the Humanities, a position confirmed by the Senate in July 2011.  She is currently on a 30-site author tour for her latest book, Now You See It: How the Brain Science of Attention Will Transform the Way We Live, Work, and Learn (Viking Press), which Publishers Weekly has named "one of the top ten science books" of the Fall 2011 season.