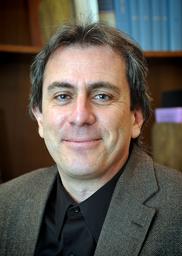 CHAPEL HILL - On March 29, 2012 the United States White House announced the “Big Data Research and Development Initiative.” According to news sources quoting Tom Kalil, deputy director for Policy at the Office of Science and Technology Policy, “Six Federal departments and agencies will announce more than $200 million in new commitments that, together, promise to greatly improve the tools and techniques needed to access, organize and glean discoveries from huge volumes of digital data.”

The Cyberinfrastructure for Billions of Electronic Records (CI-BER) project was included in the White House fact sheet titled, “Big Data Across the Federal Government,” which was distributed in conjunction with the announcement. CI-BER was listed as one of the leading projects in the country “that address the challenges of, and tap the opportunities afforded by, the big data revolution.”

The research and the underlying infrastructure of CI-BER are sponsored by multiple agencies of the Federal Government. The fact sheet also noted that the testbed will evaluate technologies and approaches to support sustainable access to ultra-large data collections.

The CI-BER project is led by principal investigator, Dr. Richard Marciano, professor at the University of North Carolina at Chapel Hill’s School of Information and Library Science. It aims to further the understanding of infrastructure that scales and provides insights into the management of “big data” in general. Researchers associated with the project look at ultra-high scale collections and visual analytics techniques in order to enhance the value of government records that can lead to generalizable infrastructure and technology.

The CI-BER project is a collaboration between the National Archives and Records Administration (NARA) and UNC at Chapel Hill. Some 17 student interns working in NARA's Applied Research lab in Rocket Center, WV, under the leadership of Mark Conrad, archives specialist, have assembled a collection of almost 100 million unique files containing electronic records of the Federal Government. Marciano and students at UNC at Chapel Hill have built a stand-alone collection at the Renaissance Computing Institute (RENCI), which is federated with the Rocket Center holdings. The UNC students working on the project include Chien-Yi Hou, doctoral student and Pamella Lach, master's student at SILS.  Both are also members of the College of Arts and Sciences Digital Innovation Lab (DIL).

CI-BER demonstrates the interplay between the sciences and the humanities and the potential educational impact of big data collaboratives.