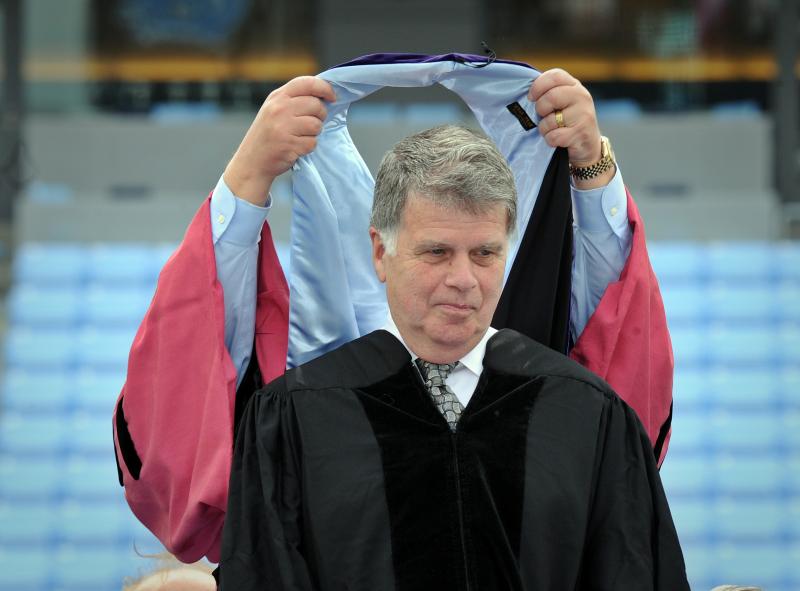 David S. Ferriero, archivist of the United States, of Washington, D.C., received a doctor of laws degree during the University of North Carolina at Chapel Hill's commencement ceremony Sunday morning, May 13, 2012.

Ferriero is the first professional librarian to become archivist of the United States. He is charged with preserving the nation’s official permanent records, now estimated at about 9 billion pages of text, as well as many millions of maps, charts, drawings, photographs, digital data sets, films and videos. Before accepting the post in 2009, Ferriero was the Andrew W. Mellon Director of the New York Public Libraries, where he integrated the four research libraries and 87 branch libraries to create the largest public library system in the United States.  He began his career at the Massachusetts Institute of Technology Library, where he remained for 31 years, rising to the position of acting co-director of libraries. In 1996, he was recruited to Duke University to be university librarian and vice provost for library affairs.

A former member of the Board of Visitors, Ferriero was nominated for the honorary degree by the School of Information and Library Science at UNC at Chapel Hill. He attended the SILS commencement ceremony where he was recognized by Dean Gary Marchionini during introductory remarks.