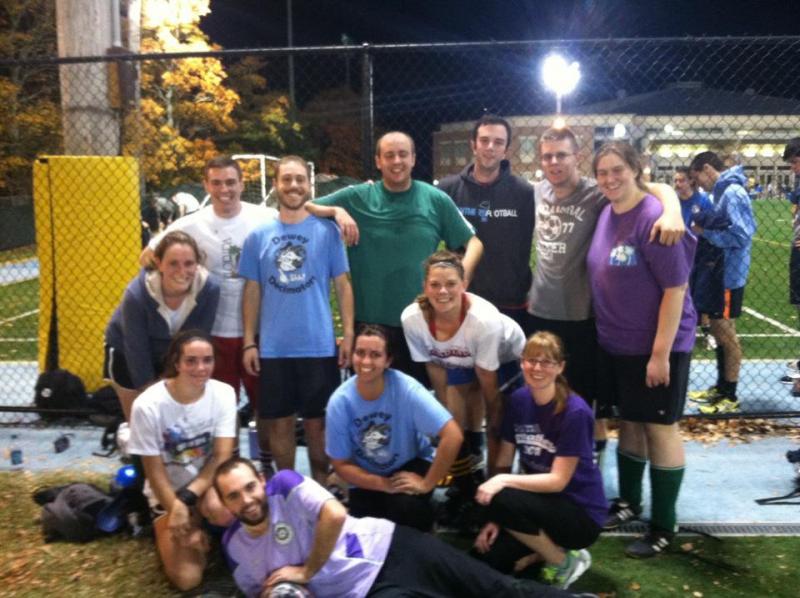 The University of North Carolina at Chapel Hill's School of Information and Library Science (SILS) has been experiencing unprecedented athletic success lately in its intramural sports league, the Dewey Decimators.

“The Dewey Decimators are an open team, meaning anyone in SILS can play,” said Decimators co-captain Laina Stapleton. “We play at the co-recreational level in any sports we can get enough people to sign up to play. Thus far this year, we have played indoor volleyball and outdoor soccer.”

The outdoor soccer team brought the Decimators their first win of the year on October 23 with a score of 1-0. The winning goal was scored in the second half by Ben Jahre in what was likely the second or third win in Decimators history. Indoor volleyball followed this victory shortly afterward by winning their first round playoff game. The win came after winning two sets and only being down by a few points early in the first set. 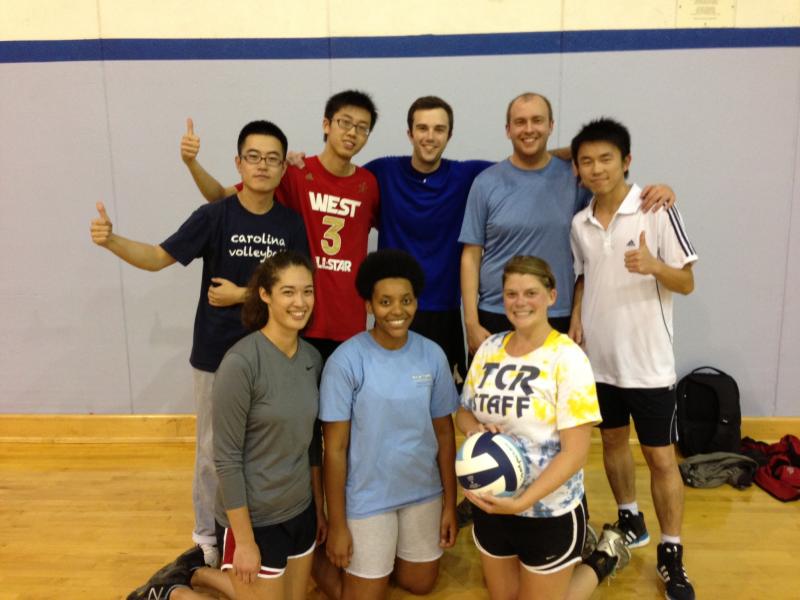 The Dewey Decimators finished their volleyball season with a 2-3 record, and the currently undefeated soccer team will play its final game of the season on Monday, November 5 at 7:30 p.m. on Hooker Fields, field 2. This semester the Decimators had a total of three teams, two for indoor volleyball and one for soccer.

“The number of sports we participate in depends on the interest level in each sport as well as the schedule developed by the university's campus recreation department,” said co-captain Jason Reed. “We will also compete in the spring semester, but at this time we do not know what sports.”

Any SILS students interested in participating should join the silsdecimators listserv for updates or sign up through imleagues.com. Specific questions should be directed toward Laina Stapleton at lstaple@live.unc.edu or Jason Reed at jbreed@live.unc.edu.

"I gained confidence while I was [at SILS], too, knowing I was armed with the wherewithal to get and do a professional job."
-Jane Baugh (MSLS'79)