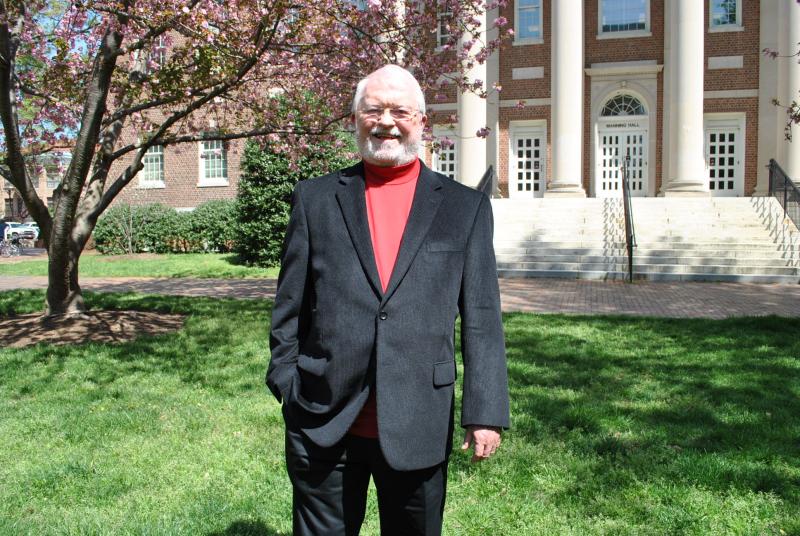 It was his mother’s and stepfather’s never-ending support and continued belief in him at each step of his educational experience that helped Dr. Fred W. Roper (A.B. ’60 and MSLS ’62) choose librarianship as his profession. And spending much of his work life in medical librarianship led him down a career path that combined his specialty with high-level administration. His many successes and the gratitude he continues to demonstrate through contributions of  time, energy and funds all began at home and in the library.

Growing up in Hendersonville, North Carolina, Fred became an avid library user in second grade.
“Back then there weren’t a lot of children’s activities,” said Fred “The local librarian gave me free reign of the library where I had access to the books I loved. It was a wonderful place to grow up, small enough to know many of the people in the community and close to Asheville.”

In high school, Fred worked in the library and established a relationship with the school librarian who considered him a second son. He learned many of the aspects of good librarianship from her.
It was an easy decision for Fred when it came to selecting a college - the University of North Carolina at Chapel Hill was his first choice - he had always been a fan of the Tar Heels when it came to sports and with support from his mother and step-father, he applied and was accepted in the English Department. While working toward his undergraduate degree, Fred worked as a page in the Circulation Department at Wilson Library.

“At that time, the stacks were closed,” said Fred “People would come to the desk with their requests, and I would run and get the book they wanted. I was also there when they opened up the stacks, which was a huge change in library operations.”

The week after graduating in June 1960, Fred began working toward his Master’s in Library Science at what is now SILS. He met many influential people including Dr. Myrl Ebert, who Fred describes as “personable and energetic” with a focus on medical librarianship. Ebert had much to do with Fred applying for and receiving a post master’s fellowship at the University of California Los Angeles (UCLA).  Following that, he accepted a position as biomedical machine methods librarian.

“I was interested in machine methods in librarianship during the 60s,” said Fred. “That was the early days when the photo copier was the major new development in the world. I spent three happy years working on a special project related to the computerization of biomedical serials records at UCLA.” 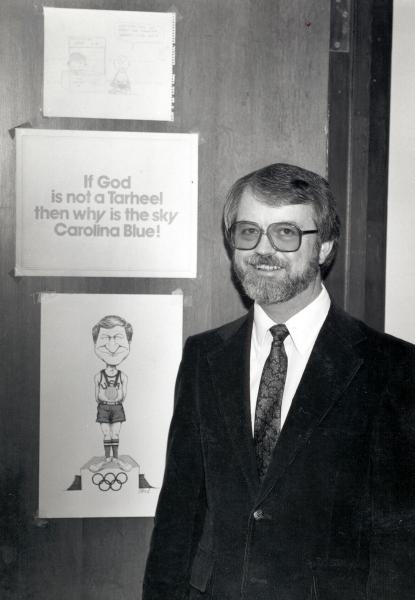 With his Ph.D. in hand and Chapel Hill on his mind, he received a call from Dr. Bob Miller, his advisor and mentor from the SILS Master’s program. Miller had decided to leave teaching and recommended Fred as his replacement. Fred interviewed and was hired, returning to Chapel Hill in 1971.

“Bob was my advisor in library school, the reason I ended up in teaching,” said Fred. “I co-taught with him during summers while at UCLA and it changed my focus. It was Bob who gave me my first opportunity to teach, and he helped pave the way to teach again. Fred stayed for 15 years on the SILS faculty in Chapel Hill where he also was named assistant dean in 1977 and then associate dean in 1981.

In 1986, Fred was appointed dean of the University of South Carolina’s (USC) School of Library and Information Science where he served for 17 years. Even as a busy dean handling myriad administrative tasks, Fred still found time to teach medical librarianship, co-author a textbook about medical librarianship titled, Introduction to Reference Sources in the Health Sciences now in its sixth edition—and serve as president of the Medical Library Association.

“I learned a lot about being a dean from Ed Holley,” said Fred. “Former dean Barbara Moran and I share a lot of Dr. Holley’s leadership characteristics, such as being inclusive of staff and faculty, developing people and generating an enthusiastic work climate. We owe a debt of gratitude to Ed and what he instilled in us. He was a wonderful person with a kind spirit.”

Fred is a SILS distinguished alumnus. He credits UNC and SILS with giving him a stellar education and opportunities to expand in ways that he never imagined.

“The University of North Carolina’s library science program provided me with so many possibilities,” Fred said. “I could never give back to UNC what it has given to me, not only professionally, but also personally. My love of Tarheel sports is well known by all my friends and colleagues.” He frequently travels from South Carolina to Chapel Hill to football and basketball games.

To honor the memory of his mother and stepfather for their belief in him and the longstanding support they provided, and to acknowledge the educational experience he received at SILS, Fred has established the Mary Alice and George Jones Fund. Through this generous bequest, he will provide support for the School’s medical librarianship and health informatics programs.

“We are grateful for the bequest Fred has provided to SILS that honors his mother and step-father,” said Gary Marchionini, SILS dean and Cary C. Boshamer Distinguished Professor. “With this thoughtful and generous gift, we will be able to offer fellowships, scholarships, internships, stipends, travel, equipment and research funding to outstanding students and our award-winning faculty. This gift will offer opportunities that students in particular may not have had previously. It is clear that medical librarianship, bioinformatics and health informatics are rising fields that will only grow larger and Fred’s gift will enable SILS to continue to lead in this area.”

Throughout his years at SILS as a student and later as a faculty member and administrator, and even after he became dean at USC, Fred has been a loyal and generous friend, giving of his time, talents and energy to contribute to the school’s ongoing efforts. In addition to participating in many activities offered through the school, he has served for several years on the SILS Board of Visitors and was recently appointed to the UNC Board of Visitors. He served as co-chair of SILS’s 80th Anniversary Planning Committee along with Sarah Snow (MSIS ’04). Fred is also celebrating a significant anniversary—his 50th as a graduate of SILS.

During his years as a student, faculty member and administrator, Fred has had the rare privilege of meeting and knowing every dean or director of the School, and has worked for six of the 13 deans in some capacity.

“When members of the planning committee were discussing possible presenters who understood the history of SILS and could tell our story for the kick-off of our 80th anniversary, Fred Roper immediately came to mind for the Lucile Kelling Henderson Lecture,” Marchionini said. “We are so fortunate to have such a dedicated leader and knowledgeable alumnus and friend who continues to demonstrate his devotion to the school. We wish him a happy 50th anniversary and thank him for all he does for SILS and the University of North Carolina at Chapel Hill.”