A familiar face will once again be seen in Manning Hall when Dr. Fred Stutzman (Ph.D. '11) returns to the School of Information and Library Science (SILS) at the University of North Carolina at Chapel Hill. Stutzman has been appointed visiting assistant professor effective July 1, 2012.

Stutzman comes to SILS from Carnegie Mellon University's H. John Heinz III College where he was a post-doctoral fellow. His research efforts have been on the economic, behavioral-economic, policy and design implications of privacy in social media. Recent work explores disclosure patterns in social network sites over time, “nudges” that affect privacy attitudes and behaviors, and the rise of “personally predictable” information. 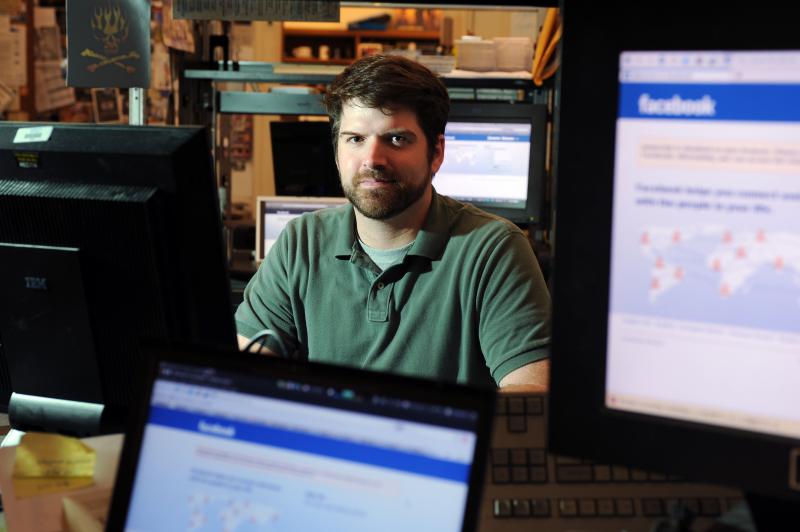 Prior to his time at Carnegie Mellon, Stutzman served as a research assistant at SILS, working with Dr. Gary Marchionini, dean and Cary C. Boshamer Distinguished Professor. He was project manager for the LifeTime Library, the perpetual digital library and archive for UNC students. He was also a teaching fellow while pursuing his Ph.D.  Stutzman is also an inventor, developing with colleague Dr. Terrell Russell (Ph.D. '11)ClaimID, an online identity management service, with over 125,000 users. He founded Eighty Percent Solutions in Pittsburgh, PA, a company to distribute the software he develops such as:  Freedom and Anti-Social.

His former positions include director of technology and programmer at ibiblio.org, one of the world's first Web-based public digital library and one of the oldest repositories of free software on the Internet. He also worked as a programmer for the The Motley Fool, a respected source for financial information.

Because of his expertise in social media, Stutzman is frequently contacted by the press. He has been quoted in publications such as the New York Times, Wall Street Journal, The Economist, The Chronicle of Higher Education, "All Things Considered" on National Public Radio, USA Today and many more.