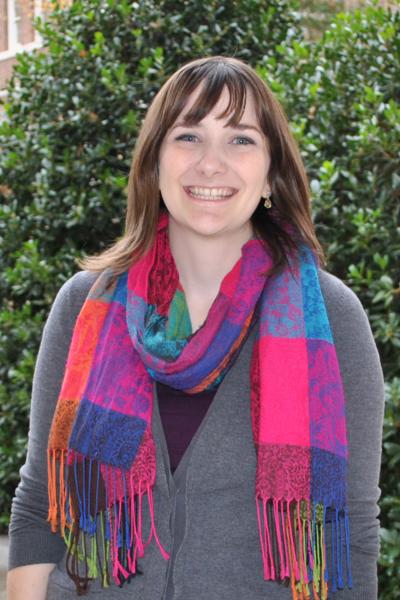 Nicole Lehotsky, a second-year student at University of North Carolina at Chapel Hill’s School of Information and Library Science (SILS), has been awarded this year’s annual Robert F. Asleson Memorial ALA Conference Grant. This $1,500 award gives Lehotsky the opportunity to attend the American Library Association (ALA) Mid-Winter meeting in January 2013.

To win the award, Lehotsky submitted an essay responding to a prompt which asked applicants to imagine themselves as dean of a library and determine how they would present the value asset of the library to their clientele.

“The current economic climate requires that everyone, including librarians, justifies their existence. Nowhere is this more prevalent than in public universities,” Lehotsky said in her essay. “With funding coming from taxpayers and seemingly never-ending budget cuts, each department must find ways to do more with less and must convince boards to grant it funding, often at the expense of others. Libraries have a habit of being overlooked, and as library leaders, we must constantly reflect on the work our departments are doing, develop reports based on those findings, and share those findings with the public and key decision makers.”

The Conference will feature exhibits from across the country, guest speakers, workshops, and even a Star Wars themed party with authors Chris Alexander and Tom Angleberger.

“The Asleson Conference grant gives me the tremendous opportunity to attend ALA Midwinter in Seattle, WA in January,” said Lehotsky.  “I am looking forward to making connections in the field and bringing back what I learn to the SILS community.”