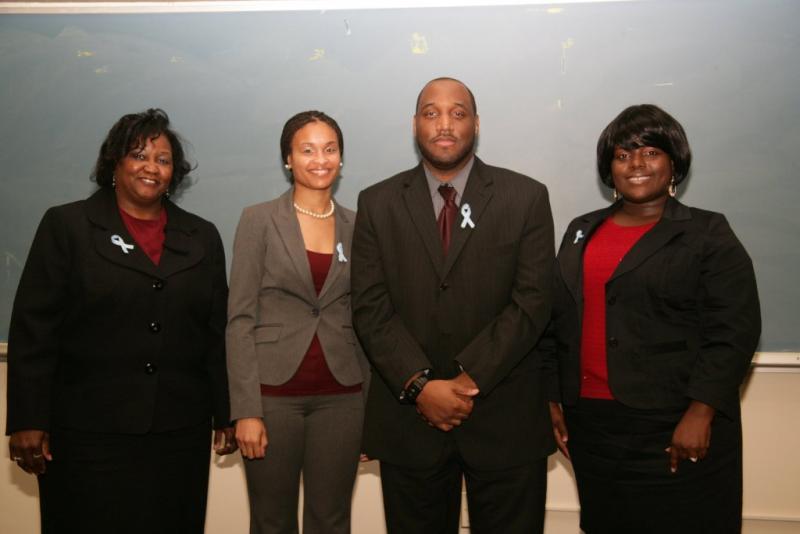 Shaundria Williams, human resources manager at the School of Information and Library Science (SILS), has been elected president of the student chapter of the Society for Human Resource Management (SHRM) at North Carolina Central University (NCCU). Williams was nominated for the position and was officially inducted on March 8, 2012.

“As president, it is my role to act as a liaison for the community and human resources organizations,” Williams said. “It is important for me to keep the members informed about current events and credentialing and encouraging them to get involved with our campus and community.”

Williams is currently working toward her Master's degree in Public Administration (MPA) at NCCU. She has been involved with the Society since October 2011.

“SHRM members came to campus and held an interest meeting for students interested in the field of human resources,” said Williams. “I was very intrigued because it was my first time hearing about a professional society for human resources.”

Williams has been the human resources manager at SILS for nearly three years. She believes that her experiences here will assist her with her membership in the Society. As president of the organization, she has specific goals for the student chapter of the SHRM.

“It is my hope that NCCU SHRM Student Chapter will be a well-established and highly recognizable organization in the Triangle area,” Williams said.

The above photo was taken at the induction ceremony on March 8, 2012. From left to right, Cindy Davis, MPA, treasurer; Alice Turner, secretary; DeShun Perry, vice president; and Shaundria Williams, president.