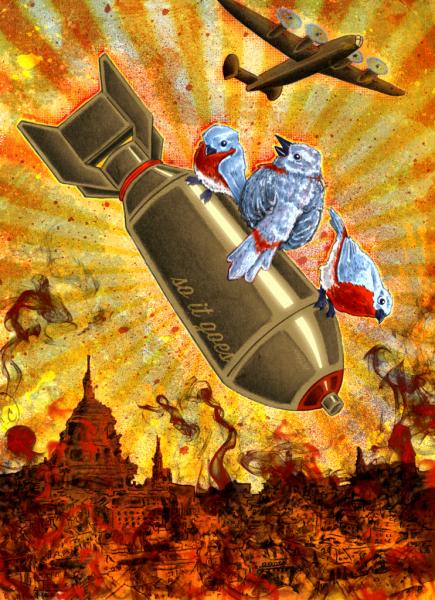 Some of the most influential books of this generation are works which were released to a fair amount of controversy and were at times even banned from libraries. "Banned Books Week," which took place September 30th through October 6th, sought to renew appreciation for these challenged works and to draw attention to the harms of censorship. Susan Brown (MSLS '01), an alumna of the University of North Carolina at Chapel Hill's School of Information and Library Science, and marketing director at Lawrence Public Library in Lawrence, KS, led a creative project called the "Banned Books Trading Card" initiative, which gave local artists an opportunity to showcase their talents by displaying seven widely contested books in the form of trading cards.

“The idea for the trading cards came to me a few years ago, just as a fun and new way to promote Banned Books Week and local artists,” said Brown. “This year, we were one of eight libraries in the country to receive a Judith F. Krug Memorial Grant from the Freedom to Read Foundation. That grant was for $1,000 dollars and our Friends of the Library group matched it with an additional $1,000, and we finally had some money behind the project to get it going!” 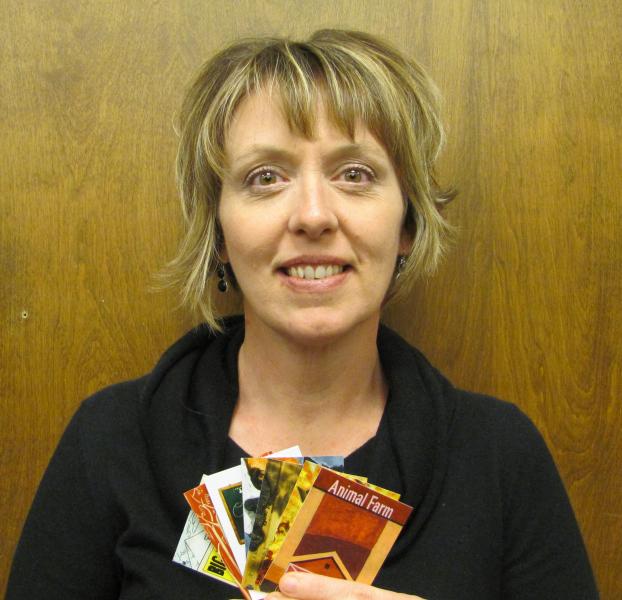 To get the Trading Card initiative underway, the library called for local artists to submit small scale works on paper that were in some way inspired by a banned book or author. The library received dozens of submissions and chose just seven cards to be printed. The winners included artistic renditions of Animal Farm and 1984 by George Orwell, Slaughterhouse Five by Kurt Vonnegut, Rabbit, Run by John Updike, Call of the Wild by Jack London, On the Origin of Species by Charles Darwin and Little Red Riding Hood, first published by Charles Perrault.  A new card debuted each day of the week to an overwhelmingly positive public reception.

“The local paper agreed to run a feature on the project the first day (Sunday), and then for each day of that week, that day's card appeared on the front page, along with a blurb about the artist and the project,” Brown said. “Library patrons became interested almost immediately and began coming in each day to collect the new card. We originally planned to give away 300 sets here and 100 at the Lawrence Arts Center, but response was so great that we added 50 more sets, making the total number given away that week at 450. We continue to receive numerous compliments from our community about the project.”

In addition to community feedback, the library garnered a significant amount of national attention. 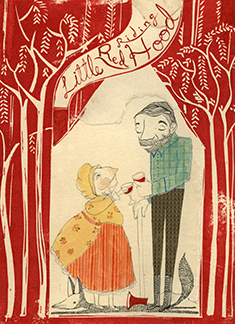 “We revealed a new card each day, and within an hour of posting the first day's card on our Web site, Facebook, and Twitter channels, I had an e-mail from someone in Maine, asking if they could purchase a set!” Brown said. “The e-mails and phone calls continued to grow throughout the week. We started fielding press inquiries early in the week as well. The AP Wire picked up the story and it appeared in, among other outlets, The Seattle Post, The Chicago Tribune, FlavorWire and NY Magazine's Vulture blog. The biggest national exposure was the feature in the  Huffington Post Books section!”

Due to high demand for the cards, the set is now on sale online. The proceeds will go to the artists and to the library. So far, the cards have shipped to every state in the U.S. as well as to Canada, England and Australia.

Follow Susan on her blog at blog about marketing public libraries a www.658point8.com.

The artist for the Slaughterhouse Five card is Kent Smith, above right. The artist for Little Red Riding Hood card is Lindsey Yankey .