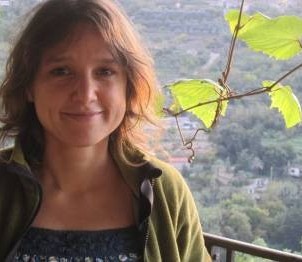 Zeynep Tufekci, assistant professor at the School of Information and Library Science (SILS) at the University of North Carolina at Chapel Hill, was interviewed Thursday, March 15, 2012 on National Public Radio's The World. She spoke to host Marco Werman about the news released in the United Kingdom's Guardian newspaper that had obtained e-mails written by Syrian leader Bashar Al-Assad and members of his inner circle during the year-long uprising in that country.

According to the Guardian's exclusive report, the e-mail messages - apparently intercepted by an opposition group over the last year - show Assad, his wife, and his closest advisors secretly consulting with government and business interests in countries including Iran and Qatar, and making light of the reforms the Assad government has promised in response to a year of popular uprisings in Syria. The e-mails also show that the Assads have found ways to circumvent extensive sanctions, with the leader's wife purchasing luxury goods through an intermediary in Dubai and Assad himself using a third party with a US address to purchase music on the iTunes Store for his iPad.

Only some of the e-mails have been verified as genuine, but they hint at the grim disparity between the opulence enjoyed by the Syrian leadership and the suffering of Syrians in battered cities like Homs.

Tufekci, whose research focuses on the social, political and cultural impacts of technology, commented on the bubble in which the Assad regime exists, President Assad's seeming obsession with social media and the situation in Syria in the context of wider technological and historical trends.

"The revelation of e-mail accounts alleged to belong to Bashar and Asma Assad have once again revealed how the rapid spread of new technologies can contribute to unprecedented kinds of surveillance," Tufekci says. "What would have been perhaps pieced together by historians much later and in much later fragments appears to have been exposed in real-time. This level of unearthing of personal correspondence of a dictator during an ongoing uprising is without parallel in history."

The World, a co-production of Public Radio International, the BBC World Service and WGBH/Boston, is NPR's flagship international affairs show.

Tufekci also recently contributed to a debate on the New York Times website about the viral "Kony 2012" video, and is an active presence on Twitter.

Listen to the story below, or at The World's website.