Three School of Information and Library Science (SILS) students recently presented at the 13th Annual Celebration of Undergraduate Research. Information Science majors Marla Sullivan, Brittany Hayes and Ching-Ching (Sunshine) Chen presented their studies at the event on Monday, April 16th. Sullivan did a poster presentation, while Chen and Hayes did a platform presentation of their research. According to the UNC Office for Undergraduate Research, “The goal of the celebration is to showcase and encourage meaningful research in all disciplines by undergraduates at the UNC at Chapel Hill.” 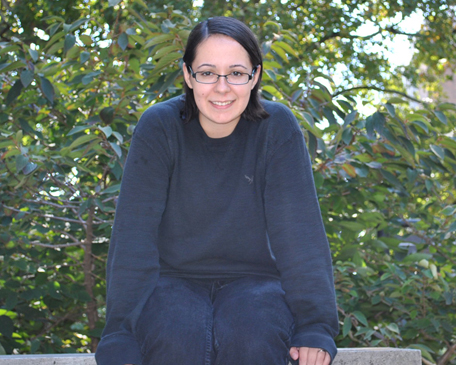 Sullivan’s research was a poster presentation titled, “Building a Memory Palace in the Cloud: Instructional Technologies and the Method of Loci.” The study was an effort to “combine an ancient mnemonic technique, the method of loci, with modern instructional technologies to produce improved memory performance among students.” Thirty UNC undergraduate students were selected to take place in the study. The participants were randomly assigned to rote memorization, traditional method of loci and interactive method of loci. Students then participated in an online course, followed by quizzes. The study ultimately found that there were no significant differences in information recall across memorization techniques. Hayes titled her research, “The social #ausopen: An analysis of Twitter use during sporting events.” For the study, Hayes observed the use of Twitter during the Australian Open 2012 tennis tournament. She monitored the posts of players, administration and the general public and compared the types of content among the posts. Hayes found that there are differences in the content of Twitter posts depending on the type of user. Hayes is a recent inductee in the national honor society, Phi Beta Kappa.

Chen conducted research titled, “Time Management Practices of Student Users of Facebook.” The goal of the study was to observe how student Facebook users manage their time and “potentially help college students improve their time management practices on social networking sites.” An online study was conducted, and the results of 110 students were recorded. The study found that students who practice time management techniques spend less time on Facebook and have greater well-being and adaptation to college.

This year’s Celebration was the largest thus far with 139 posters displayed and 56 platform presentations given. The undergraduate population at UNC at Chapel Hill is approximately 18,000 students.

Congratulations to Sullivan, Hayes and Chen for their excellent work.