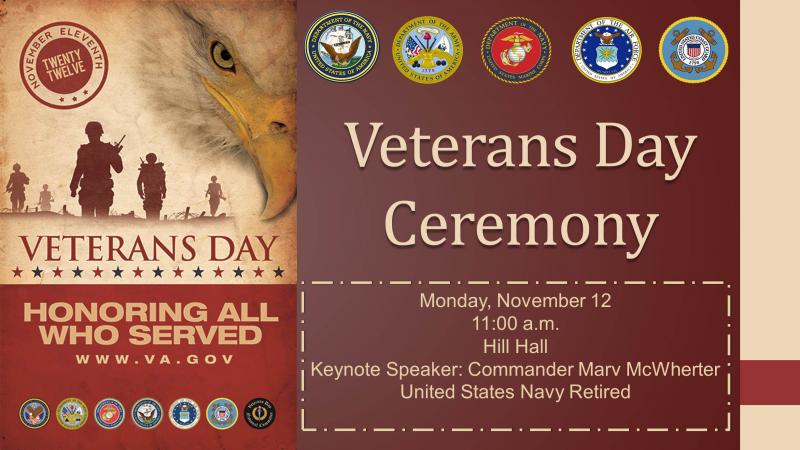 Reserve Officer Training Corp (ROTC) cadets and midshipmen will assemble in dress uniforms at 11 a.m. Monday, Nov. 12, 2012 for the annual Veterans Day ceremony at the University of North Carolina at Chapel Hill. Faculty, staff, students, alumni and friends are invited to attend the free public ceremony that will be held in Hill Hall.

A color guard representing all three UNC ROTC programs – Army, Air Force and Naval/Marine – will be on hand to present the colors. Veterans in the audience will be recognized.

He retired in October 2009 and worked as a government contracts consultant, an automotive service advisor and a sales executive in the newspaper business. Commander McWherter continues to give back to his community as a member of the Veterans of Foreign Wars where he holds the position of Quartermaster.

Veterans Day, formerly Armistice Day, falls each year on Nov. 11, the anniversary of the armistice signing by the Allies and the Germans in 1918 that ended World War I. For more information about Veterans Day, visit the Web site of the U.S. Department of Veterans Affairs at: http://www.va.gov/opa/vetsday/