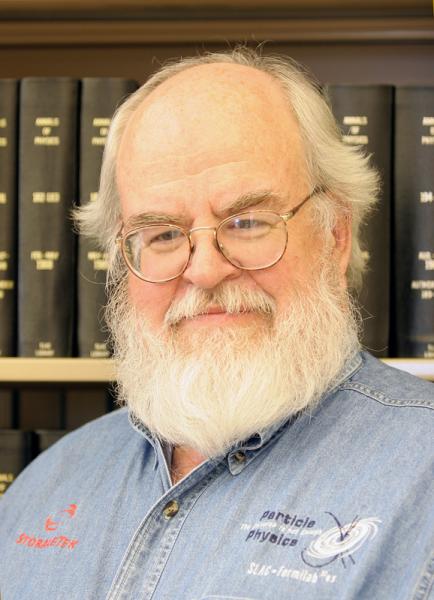 Mark your calendar for a special lecture by America's first Web master, Bebo White, who will present "The Emergence of Web Science." The event will take place October 28, 2013 from 3 - 4 p.m. in the Freedom Forum (3rd floor) of Carroll Hall on the University of North Caroilina at Chapel Hill campus.

For almost two decades the World Wide Web has been largely described in terms of the technologies, infrastructure, processes, and methods that define it and the applications it supports. In contrast, the emerging discipline of Web Science seeks to understand the phenomenon that is the Web as an independent entity and the ecology in which it exists. In addition, Web Science explores the roles and the impact that the Web has had and will continue to have in the 21st century. As a result, studies in Web Science will help us to understand how the technology might evolve and how we can be prepared for the future Web.

About Bebo White
Bebo White is a departmental associate (Emeritus) at the SLAC National Accelerator Laboratory, the U.S. national laboratory for high-energy physics and basic energy science at Stanford University. Working as a computational physicist, he first became involved with the emerging Web technology while on sabbatical at CERN in 1989.

Upon his return, he was part of the team that established the first non-European Web site at SLAC (the fifth site in the world). Ever since, his academic research interests have evolved in parallel with Web technology. He is often considered to be the "first American Webmaster" and one of the founders of the discipline of Web Engineering. He began teaching Web-related technologies at HKU in 1998.

In addition to his work at SLAC, he also holds faculty appointments at several other institutions, is a member of the organizing committees of a number of major conferences series (the International WWW Conference, the International Web Engineering Conference, the Web Science Conference, the IADIS Conference on Web/Internet) and he is a frequent conference speaker and paper reviewer. The Association for Computing Machinery (ACM) has selected him to be a part of their Distinguished Speaker Program. He is the author (or co-author) of nine books, and over 100 papers and journal articles. His current research interests are Web Science, Social Media in Education, The Web of Things and Cloud Computing.

One little known Bebo White fact: While at UNC, he played in a jug band with J-School Professor Jock Lauterer. Lauterer played the hose. White, a juggist, is still performing now in “The Tarantulas.”

This event is sponsored by: ibiblio.org, School of Information and Library Science and the School of Journalism and Mass Communication