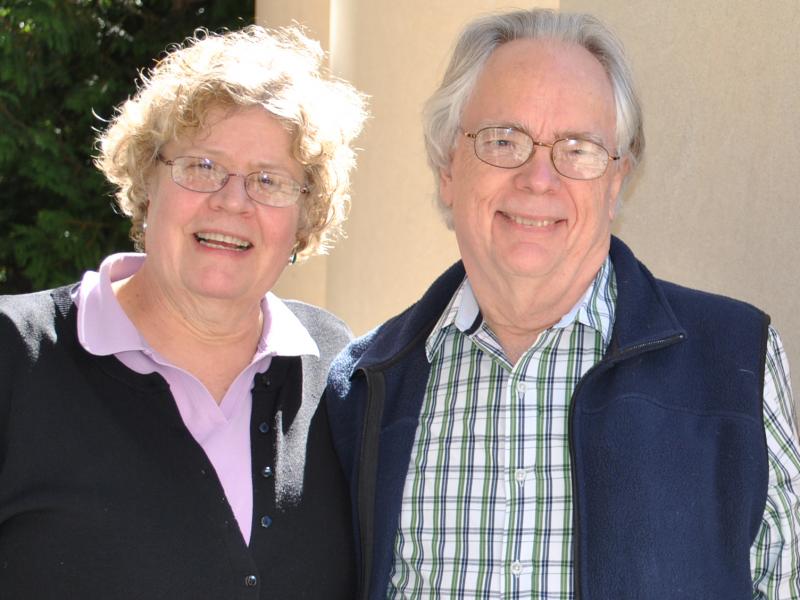 When T. Brian Nielsen completed his master’s degree at the State University of New York’s (SUNY) Albany campus, he sent out dozens of letters, looking for work and also a place to perhaps further his education. He had a keen interest in information retrieval and was involved in computing as well. He didn’t necessarily want to teach, but he did want to stay in higher education.

Carolina had what he was looking for. The School of Information and Library Science (SILS, formerly the library school) hired Nielsen, and he and his wife, Carol, came to Chapel Hill. Brian went to work in the Louis Round Wilson Library and also served the Undergraduate Library. Thus began a relationship that has lasted more than 30 years.

For the Nielsens, Carolina has been about relationships every bit as much as opportunity.

“Carolina is in our hearts and it’s where we formed relationships that we carry with us to this day,” they said. “It’s where we truly began our development as adults, and we will always treasure our time there.”

Though the couple has spent the majority of their professional lives at Northwestern University, their ties to Carolina remain steadfast. They consistently support SILS’ stellar programs in librarianship and information services, and recently documented a bequest to the school to support graduate students. It just made sense, they said, because Brian was an inaugural graduate of SILS’ doctoral program, launched by SILS Dean Edward G. Holley in 1976.

“We learned so much about what it was to be a good school and University citizen from incredible people like Ed and Louis Round Wilson, and we were fortunate to benefit as well from the generosity of others,” they said. “Of course we want to encourage and support the next generation and ‘pay it forward,’ but more importantly, we want to leave the school even better than we found it.”

The Nielsens said their decision to include UNC in their estate plan had little to do with managing personal wealth; it was about doing your best with what you had to make a difference.

“It seems people in general have a misconception about what it means to be generous,” they said. “You don’t have to be rich to make a real difference in others’ lives and the life of your school; you just have to make it a priority, and Carolina is one of those priorities for us.”

To learn more about supporting SILS, contact Stephanie Cole, SILS director of development at 919-843-9378 or sbcole@email.unc.edu

To find out more about planned gifts, contact Elizabeth Ayers at 919-843-5289 or eayers@email.unc.edu

"I felt incredibly prepared, coming into this job with both business and technical skills that I learned in SILS. Being able to 'speak both languages' certainly gave me an edge going into my career at MetLife."
-Lily Fagan (BSIS'16)