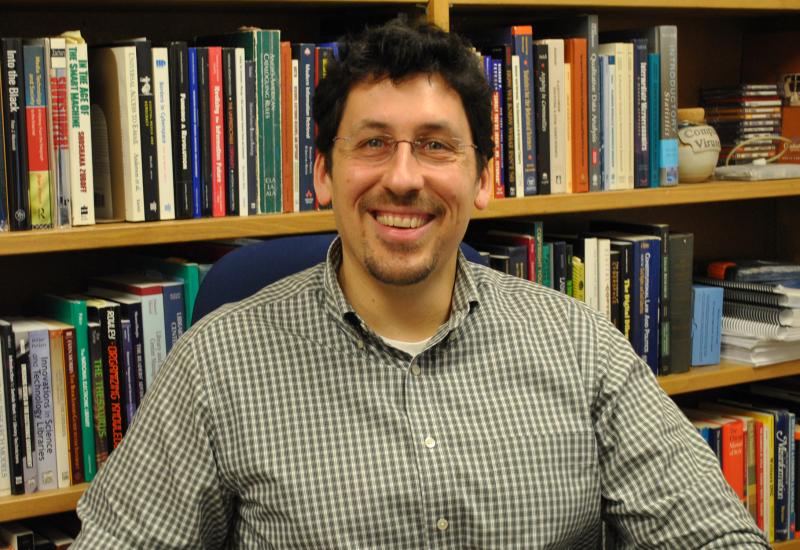 Dr. Christopher (Cal) Lee, associate professor at the School of Information and Library Science at UNC at Chapel Hill, was recently interviewed during a broadcast of Georgia Tech's rock'n'roll library show on WREK in "Lost in the Stacks". The broadcast took place on November 15, 2013 in episode 184 called "Bit Rot."

The radio station is hailed as "the one and only Research Library Rock’n'Roll show! Ameet and Charlie from the Georgia Tech Library pick a theme and free-associate an hour of music, interviews, and library talk every Friday for lunch."

They play pop rock, indie rock, alternative rock and roll, New Wave and in between musical performances, they interview researchers such as Dr. Lee.

Lee was also recently interviewed by the Library of Congress publication, "The Signal." The title of the article is, "BitCurator’s Open Source Approach: An Interview With Cal Lee." To read the interview, please go to:

"SILS wants you to succeed and the faculty are your family for as long as you are there and even afterwards."
-Lokman I. Meho (PhD'01)