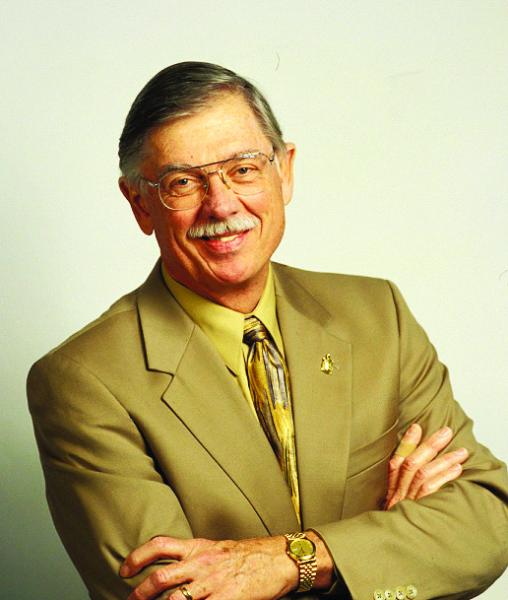 University of North Carolina at Chapel Hill’s School of Information and Library Science (SILS) alumnus and chair of the School’s Board of Visitors, Charles B. Lowry (MSLS, ‘74), retired in December 2012 as the executive director of the Association of Research Libraries (ARL). Dr. Lowry has an impressive history of serving in executive appointments in five academic libraries, including most recently dean of Libraries for the University of Maryland and University Librarian at Carnegie Mellon University in Pittsburgh.

Dr. Lowry co-founded the Network of Alabama Academic Libraries and has served on numerous consortial boards including vice chair of SOLINET (Solutions for Innovative Networks), AMIGOS (chair), Online Computer Library Center (OCLC) advisory committees (Research Library Advisory Committee and the Advisory Committee on College and University Libraries) Members Council and Users Council representative. He has been the principal investigator on federal grants and foundation grants; has served as a consultant on library building projects, technology, organization and management.

Dr. Lowry has published original research and commentary on an array of topics including library management and organization, information technology and cooperation. He taught American history throughout his career, and library science as an adjunct professor at SILS and a Professor at the University of Maryland, College of Information Studies. Dr. Lowry was honored as the UNC-Chapel Hill School of Information and Library Science Distinguished Alumnus in 2001, the highest honor bestowed to a member of the School’s alumni by the SILS Alumni Association. In addition to chairing the SILS Board of Visitors, he is a professor emeritus in the College of Information Studies at the University of Maryland as well as editor emeritus of portal: Libraries and the Academy (Johns Hopkins Press), of which he was co-founder. With Donald Riggs, he is the co-founder and past editor of Library Administration and Management (1986-90) the journal of LLAMA.

When asked about plans in retirement Lowry stated, “I look forward to no longer being sleep deprived and adapting my heavy professional travel schedule into trips for enjoyment for Marcia and me.  I plan to stay involved with LIS education and stay engaged with research and publication.  I have begun work on a book of collected essays about the ClimateQUAL protocol (http://www.climatequal.org/home), which we developed at the University of Maryland and is now managed by ARL. I would underscore though that the operant word is ‘retirement’ and the critical question I will ask myself each morning is what do I want to do today?  Several answers are obvious—reading (so many books so little time); tending my bonsai collection; and golf a game invented by the devil.”