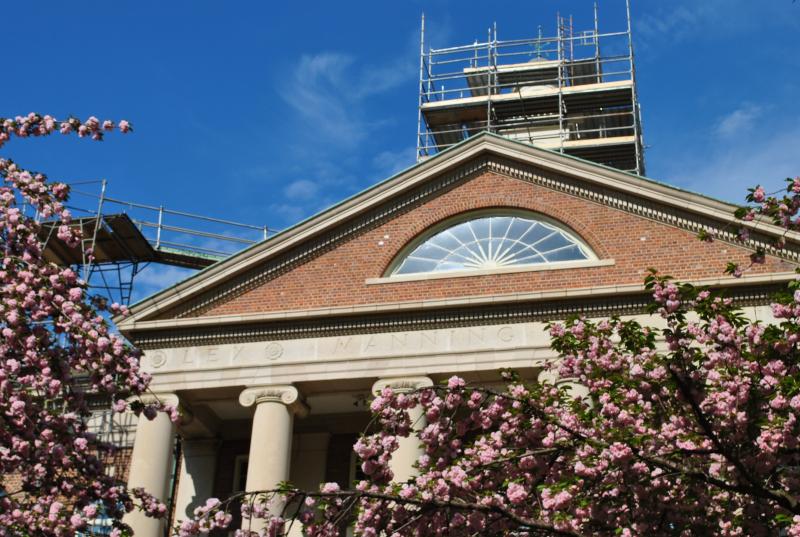 Construction to repair and restore the cupola that is on top of the roof of Manning Hall is now underway. The construction, which began earlier this week, will continue for the next two months or so. As reported in early March, the 30 foot tall cupola, with its decorative columns, ornamental ﬁnials and weather vane sitting atop the dome, has been a distinctive and recognizable feature crowning Manning’s roof since the building was constructed in 1923.

Over time, extensive damage and deterioration has occurred to the cupola’s rails, columns and other wooden sections from years of exposure to rain and the elements. Carpenters and skilled craftsmen will recreate "the architectural heritage and craftsmanship of the era when the cupola was ﬁrst created 90 years ago, while preserving the structure for decades to come via modern materials and expertise."

For now, scaffolding is up to assist the craftsmen in reaching the steep and slippery roof. The scaffolding is non-invasive and the front steps of Manning Hall are fully accessible.

"The education I received at SILS has transformed my academic career, and I am forever grateful."
-Meredith Weiss (PhD'10)