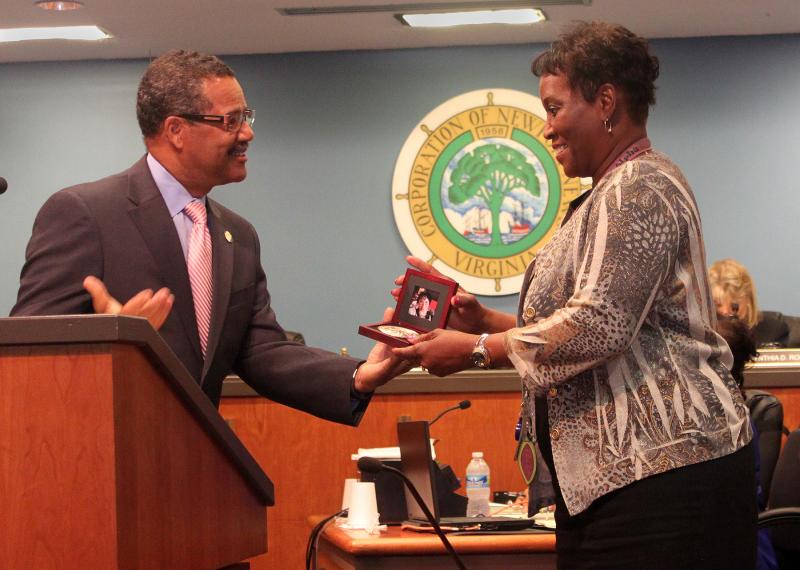 Demetria Tucker (MSLS '78), alumna of the University of North Carolina at Chapel Hill School of Information and Library Science and librarian with the Newport News Public Library System was presented with a national lifetime achievement award at the City Council meeting of Newport News, VA on July 9, 2013.

Tucker, senior family and youth services librarian for the Pearl Bailey Library in Newport News, is the recipient of the 2013 Coretta Scott King-Virginia Hamilton Award for Lifetime Achievement. The award is sponsored by the American Library Association.

Tucker was honored for her achievements at the Newport News City Council meeting on July 9, where Newport News Mayor McKinley Price presented her with the award and a proclamation. 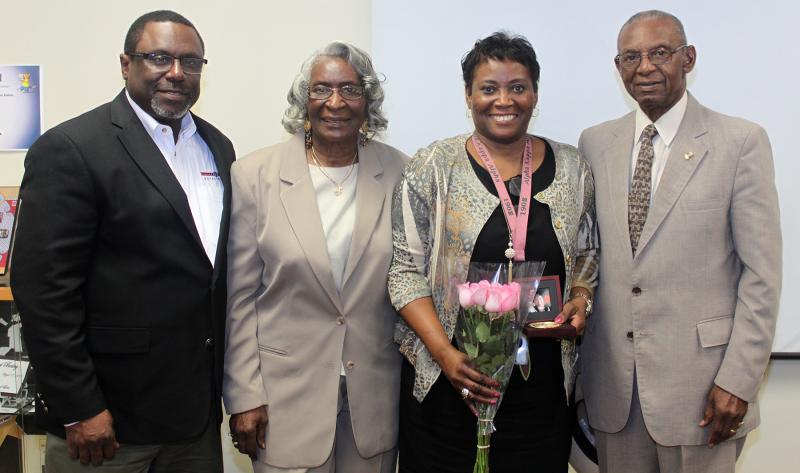 At Pearl Bailey Library, Tucker coordinates a youth leadership program, a teen urban literature club and many other programs that support the youth of the southeast community of Newport News.
She previously served as youth services coordinator within the Roanoke (Va.) Public Library System and library media specialist at the Forest Park Elementary School, where she was selected 2007 Teacher of the Year. She holds a master’s degree in library science from the University of North Carolina at Chapel Hill  and a bachelor’s degree in sociology from the North Carolina Agricultural and Technical State University-Greensboro, NC.

“I have always sought to provide an environment that allows young people the opportunity to actively be engaged, make choices and achieve a sense of self worth and pride,” Tucker said. “Our programs provide lasting outcomes that empower and provide young people the opportunity to become positive leaders and major stakeholders in their communities and throughout their adult lives.”

For more about the award, see the news release at: http://sils.unc.edu/news/2013/demetria-tucker-ala-award

Tucker's family members were on hand to witness the special presentation. Pictured in the bottom photo are from left, her brother Shelton Tucker, her mother Helen Tucker and her father William Tucker during a reception held in her honor at Pearl Bailey Library.