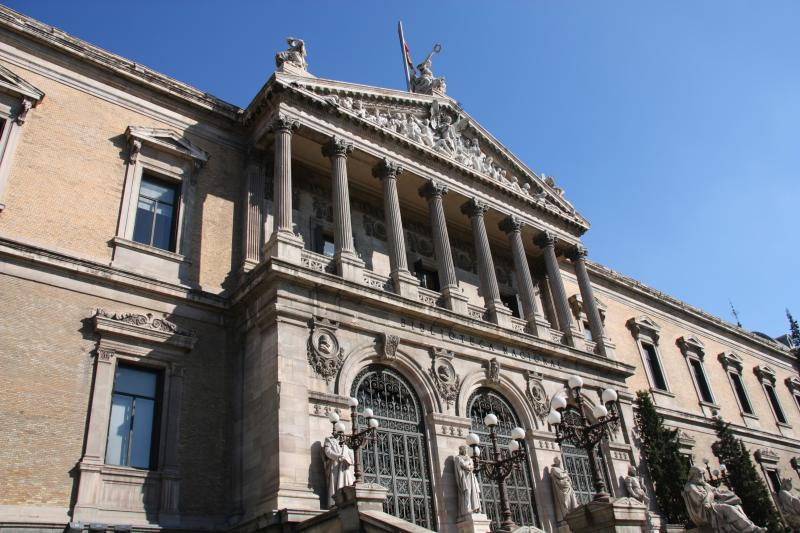 As information professionals, we spend most of our work lives behind desks, usually staring at computer screens. But, every once in awhile, an opportunity comes along for something a little out of the ordinary. Last year, Dr. Jane Greenberg, SILS professor and director of the Metadata Research Center, found herself doing some of the same research on linked data, machine learning and automatic metadata generation – it just so happened that she was working not in Manning Hall, but in Madrid, Spain.

Jane and her family spent six months living in Madrid during the first half of 2012. She was the second woman of 92 awardees to have been presented a Cátedra de Excelencia (Chair of Excellence) at the Universidad Carlos III de Madrid (UC3M). This professorship was supported in part by Grupo Banco de Santander. Named for an 18th-century monarch, UC3M has about 19,000 students enrolled and is ranked one of the top universities in Spain. At UC3M, Jane worked mainly with the Technology Applied to Information and Information Science (TECNODOC) research team in the Departmento Biblioteconomía y Documentación (Department of Library and Information Science). She also worked closely with the National Library of Spain (BNE), Spain’s largest public library, also located in Madrid.

While in Spain, Jane’s research focused primarily on advancing the HIVE project. HIVE, which stands for Helping Interdisciplinary Vocabulary Engineering, is funded by the Institute for Museum and Library Services and is headquartered at the Metadata Research Center at SILS. The idea behind HIVE is to combine the strengths of algorithms and people in the creation of descriptive information about resources. There is a wealth of discipline or domain-specific controlled vocabularies – systems in which resources are assigned subject headings according to their content, their “aboutness,” and then those index terms are standardized so as to optimize their ability to help users find what they need. Anyone who has used the Library of Congress Subject Headings or MeSH (Medical Subject Headings) has used a controlled vocabulary. 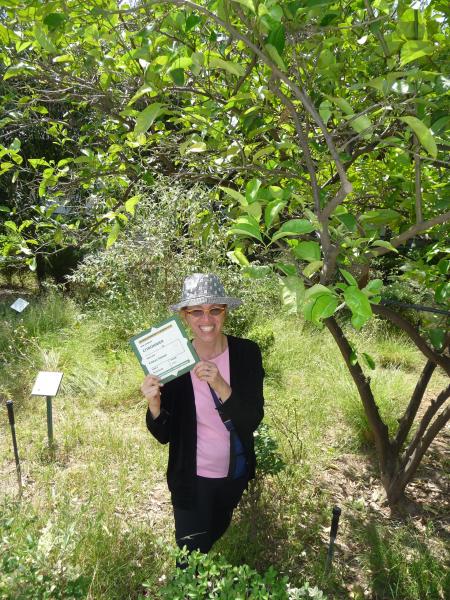 Jane went to UC3M in order to launch the Spanish version of the HIVE initiative, HIVE-ES. “HIVE-ES serves as a research hub and a means for advancing linked open vocabulary applications,” Jane says, referring to the growing ecosystem of interoperable linked controlled vocabularies of which HIVE is a part. “During my UC3M residency, we were able to launch HIVE-ES, with specific attention on Spanish language applications for indexing and providing access to digital resources.”

In addition to teaching and initiating the HIVE-ES project, Jane was able to conduct work on her main research interests with one publication and two more in press. She also presented her work on a number of different occasions around Europe and at the American Library Association’s annual conference in Anaheim, California in June. At UC3M, she had the opportunity to interact with two other Chairs of Excellence, Dr. Peter Ingwersen, a Danish expert on information retrieval with whom she shared an office, and Dr. Fabio Crestani, whose professorship was in the Computer Science Department.

Jane also sponsored three workshops while abroad. Her work at the metadata workshop as a part of the SILS program in Morocco. The Linked Open Vocabularies (LOV) Symposium, which Jane led with Dr. Eva Méndez, was held on June 18 at UC3M. The symposium drew 58 attendees from around Europe and the Americas, and focused on the challenges, solutions to, and research specific to linked open vocabularies. Highlights included a presentation by the American Society for Information Science and Technology (ASIS&T) President Dr. Diane Sonnenwald (also Head of the School of Information and Library Studies at University College Dublin) and closing remarks by Diane Hillman, the vocabulary manager for the Dublin Core Metadata Initiative, with which Jane has been extensively involved.

The very next day, on June 19, Jane co-sponsored the SKOS-2-HIVE Workshop, with Dr. Eva Méndez, Dr. Gemo Bueno de la Fuente and the faculty and graduate students affiliated with the TECNODOC team at UC3M. This workshop, offered simultaneously in English and Spanish, targeted the use of Simple Knowledge Organization Systems (SKOS), a W3C standard and the data model on which HIVE is based. Linked data and the HIVE library of open source applications were also discussed, and the 59 participants were similarly international in scope to the LOV workshop. A highlight was that SILS Ph.D. student Angela Murillo and Master’s student Jackie Chapman flew to Spain to lead modules during the workshop and engage with graduate students at UC3M. Both are fluent in Spanish – Angela presented in Spanish, while Jackie presented in English, and both assisted with bilingual communication throughout.

Although she was exceedingly productive while at UC3M, Jane’s experiences in Spain were not all metadata, all the time. While she and her family did not get to see all the sights that they wanted to, as Jane put it, they were not there to be tourists. “We were doing life in Spain,” she says. “We managed to see a few gems, but at the end of the day there was laundry, cooking and kids needing to complete their homework. We adopted the life of Madrileños, on some level, like that of New Yorkers – visiting the park regularly, and visiting a museum or historic place mainly when an out-of-town friend came.”

There was no shortage of out-of-town visitors passing through from SILS. Rebecca Vargha, SILS librarian, came to town on the way home from a meeting of the German Library Association in Berlin. Dr. Claudia Gollop, Frances Carroll McColl Term Professor, paid a visit, as did SILS Board of Visitors member Sarah Snow (MSIS ‘04) and her husband, Claude. “One of the most difficult things about being away was not being here to be with my SILS family when Deb passed,” Jane says, referring of course to the passing of Dr. Deborah Barreau, longtime SILS professor, in February. “She has been in our thoughts often.”

Still, though much is taken, much abides, and Jane and her family took comfort in the everyday rituals of life in the Spanish capital. “One of my favorite things I’ll miss most was seeing people of all ages in the park being affectionate,” says Jane. “Couples of all ages – young lovers to the elderly – always holding hands. I always loved to see the señoras coming into the coffee shops at 5 p.m. for the churros and gossip.” The Spanish tradition of taking lengthy lunches and very late dinners took some getting used to. “We were never able to adjust, but still I appreciate this about Spanish culture,” she added. “Our boys are now spoiled by a big lunch in public school, so now we pack them a bigger lunch, often one of their favorites, a jamón y queso wrap (ham and
“good” cheese).” Jane’s children – Jonathan, age 9, and Robbie, age 7 – had become regular Spaniards by the time they returned to North Carolina. “I’ve learned a bit of Spanish,” says Jane, “but not nearly as much as the boys. Their vocabulary increased in desirable ways and of course there are some words that aren’t to be repeated – that’s part of joining the gang and playing ball!” Soccer became as integral a part of their life as it was to other Spanish families, it seems.

“It was amazing to see kids, specifically little boys, just learning to walk in the park, and their dads and uncles would be out there with the soccer ball. There’s always a game to play in the park.”

The family was in Spain at an auspicious time for Spanish soccer, namely the 2012 Euro Football Championship. Held throughout June in Poland and Ukraine, the pan-European soccer tournament ended with the Spanish national team drubbing Italy 4-0 in the final. Jane remembers, “Jonathan came home from school at least three times with yellow and red paint [the Spanish national colors] painted down his arms – that stuff wouldn’t come off for days. He became an enthusiastic fan, always cheering for Spain. We happened to be in Barcelona the night of the final game, and we heard fireworks all over town when they won.” It was a suitably exciting ending to an exciting time.