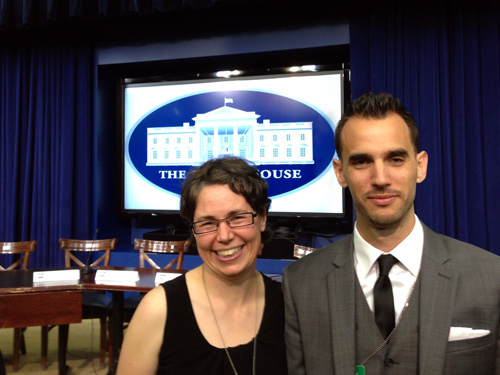 Jason Priem, Ph.D. student at the University of North Carolina at Chapel Hill School of Information and Library Science (SILS), was recently given the opportunity to take his work all the way to the White House. Priem was invited as one of 13 selected to present his research at the White House’s “Champions of Change” program celebrating Open Science.

“The White House Champions of Change program was created as a part of President Obama’s ‘Winning the Future’ initiative to highlight individuals, businesses and organizations whose extraordinary stories and accomplishments positively impact our communities,” according to the White House Web site.

At the Open Science event, “the Champions were invited to highlight projects and initiatives that are helping make ‘open’ the default for scientific research results.”

Priem, along with his project partner Heather Piwowar, presented a poster on a program they created calledImpactStory.

“ImpactStory is an open-source, Web-based tool that helps researchers explore and share the diverse impacts of all their research products—from traditional ones like journal articles, to emerging products like blog posts, datasets and software. By helping researchers tell data-driven stories about their impacts, we're helping to build a new scholarly reward system that values and encourages Web-native scholarship.” 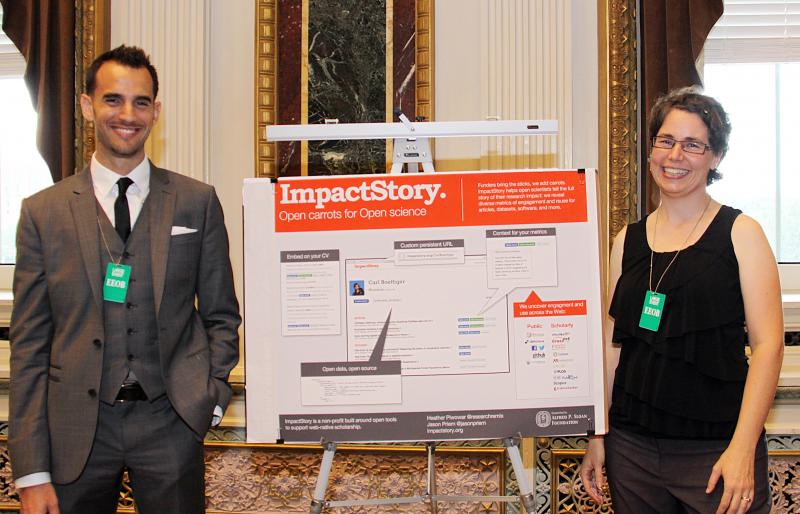 The idea for ImpactStory is based on the belief that “open altmetrics are key for building the coming era of Web-native science.”

Altmetrics, a term coined by Priem, “are new measures of scholarly impact gathered from online tools and environments. Instead of just measuring the number of times an article has been cited by scholars, we can track the times scholars, clinicians and the public have shared it, saved it, discussed it, recommended it and more. And not just articles—we can also measure impacts of new, Web-native scholarly products like datasets, software and blog posts.”

ImpactStory began as a hackathon project at the "Beyond Impact" workshop in 2011. Today ImpactStory is funded by the Alfred P. Sloan Foundation, first through a $125,000 grant in mid-2012 and then a two-year grant for $500,000 starting in 2013. In addition to the White House, Priem and Piwowar have been invited to give talks on this project at the National Science Foundation and the National Institute of Health.

"Scientometrics and Open Science are very important topics in today's world," said Dr. Brad Hemminger, SILS associate professor and Priem's faculty advisor. "Jason's research contributions, and particularly his vision and ability to build ImpactStory with Heather, have helped take a research area from it's gestation stage to it's first practical applications. That scholars and publishers have flocked to using ImpactStory is a testament to how well designed it is, and that it is the first application to bring this vision to reality. This work has the ability to transform the landscape of scholarly communications. I am especially proud that the first White House event to recognize people having a significant impact on Open Science specifically chose to include Jason and Heather for their outstanding work."

The visit to the White House is just the beginning of major accomplishments for Priem and ImpactStory. Priem anticipates big progress for this project in the future. 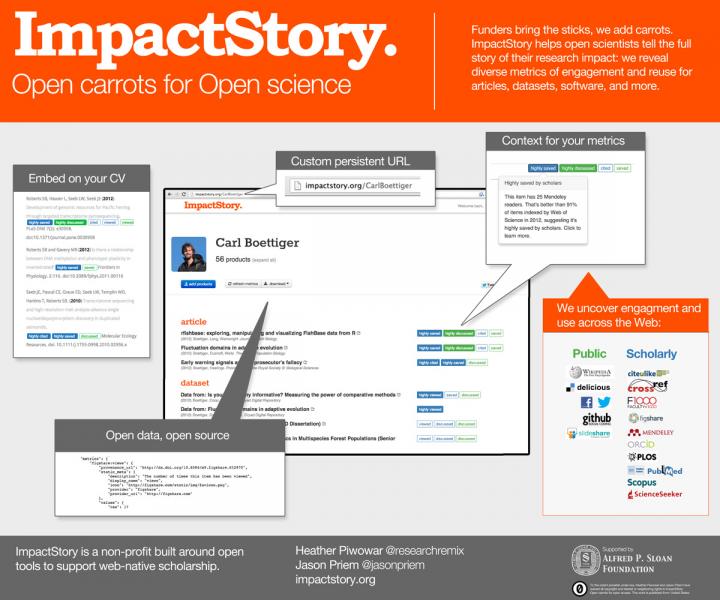