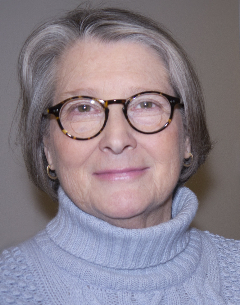 Mary L. Boone (MSLS '73), distinguished alumna of the School of Information and Library Science (SILS) has been appointed by The University of North Carolina at Chapel Hill Board of Trustees to serve on the UNC Board of Visitors, one of the most active volunteer groups at the University. The new class of alumni and friends begin their terms July 1.

The new members will become part of an approximately 175-member board that actively assists the Board of Trustees and Chancellor in a range of activities that help advance the University, including marketing, top student recruitment, public and government relations and fundraising. Members also serve as ambassadors, informing their communities about what is going on at Carolina and, in turn, keeping the University administration informed about what they hear about Carolina in their communities.

Boone retired from the position of North Carolina State Librarian in January of 2012 after holding the position since 2005. She is a SILS distinguished alumna and former chair and current member of the SILS Board of Visitors.

Since graduating from SILS in 1973, Boone held positions that took her around the world. From 1978 to 1985, she served as director of the Chapel Hill Public Library and helped found the North Carolina Public Library Directors Association. In 1985, she was appointed to the position of Foreign Service Library/Information Resource Officer with the United States Information Agency and the U.S. Department of State.

The new members of the UNC Board of Visitors are listed below, alphabetically by North Carolina county and by state.