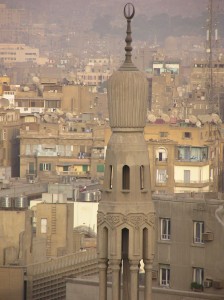 The Chapel Hill Public Library, in conjunction with the School of Information and Library Science (SILS) at UNC at Chapel Hill through its Educating Librarians in the Middle East (ELIME) project, is pleased to offer "Muslim Journeys," a fall program series that seeks to further community understanding of Islamic art, culture and faith.

The library received a special grant from the National Endowment for the Humanities called Bridging Cultures: Muslim Journeys. The grant provided funds for materials, including books and DVDS about Muslim culture around the world and within the United States. This collection aims to increase access to trustworthy resources about Muslim faith and traditions.

A variety of programs are slated for October and November that will supplement the themes of this collection, including a book discussion series, a film screening and several lectures from professors in the UNC Department of Religious Studies. Dr. Evelyn Daniel, a professor at SILS and a participant in the ELIME project, will facilitate one of the book discussions.  She said the project has two primary aims.

“We hope to encourage our community members to both gain understanding of their Muslim neighbors and broaden their insight into Muslim art, literature and faith,” said Daniel.

The program series kicks off with a screening of the film Prince Among Slaves followed by a discussion on Sunday October 20th at 2 p.m.  To participate in the book discussion, call or stop by the library for a copy of the book and registration information.

For more information please call 919-968-2780 or visit www.chapelhillpubliclibrary.org All programs and resources are free and open to the public.

The Bridging Cultures Bookshelf: Muslim Journeys is a project of the National Endowment for the Humanities, conducted in cooperation with the American Library Association. Support was provided by a grant from Carnegie Corporation of New York. Additional support for the arts and media components was provided by the Doris Duke Foundation for Islamic Art.  Additional local support is provided by the Friends of the Chapel Hill Public Library.

In addition to Dr. Daniel, those involved in the "Muslim Journeys" project from SILS include: Dr. Barbara B. Moran, Louis Round Wilson Distinguished Professor; and doctoral students Sumayya Ahmed, Amanda Click and John Martin.

The Institute of Museum and Library Services funded “Educating Librarians in the Middle East: Building Bridges for the 21st Century: ELIME-21” program is part of the School of Information and Library Science at the University of North Carolina at Chapel Hill, in conjunction with the Carolina Center for the Study of the Middle East and Muslim Civilizations. There are two primary goals of this program. The first is to develop professional development opportunities for library and information science (LIS) professionals through partnerships with three universities in North Africa and the Middle East (MENA), the American University in Cairo, Al  Akhawayn University in Ifrane, Morocco, and the American University of Beirut. Secondly, this project will prepare future American library educators to become MENA specialists, with expertise on the cultures, knowledge and education systems, and field of library and information science in the region.