A few years ago, you would have been forgiven for not expecting that Jane Smith (MSIS '13) would now be serving on a bibliographic control working group of the Music Library Association (MLA). With a Master's degree in music and a number of opera performances and competitions under her belt, you might have thought the Washington, D.C. landmark she was bound for was the Kennedy Center, not the Library of Congress. But her love of music and a newfound interest in metadata, controlled vocabularies and thesauri have guided her on an exciting new career path. The latter has been fostered by her work as a research assistant at the Metadata Research Center at SILS. 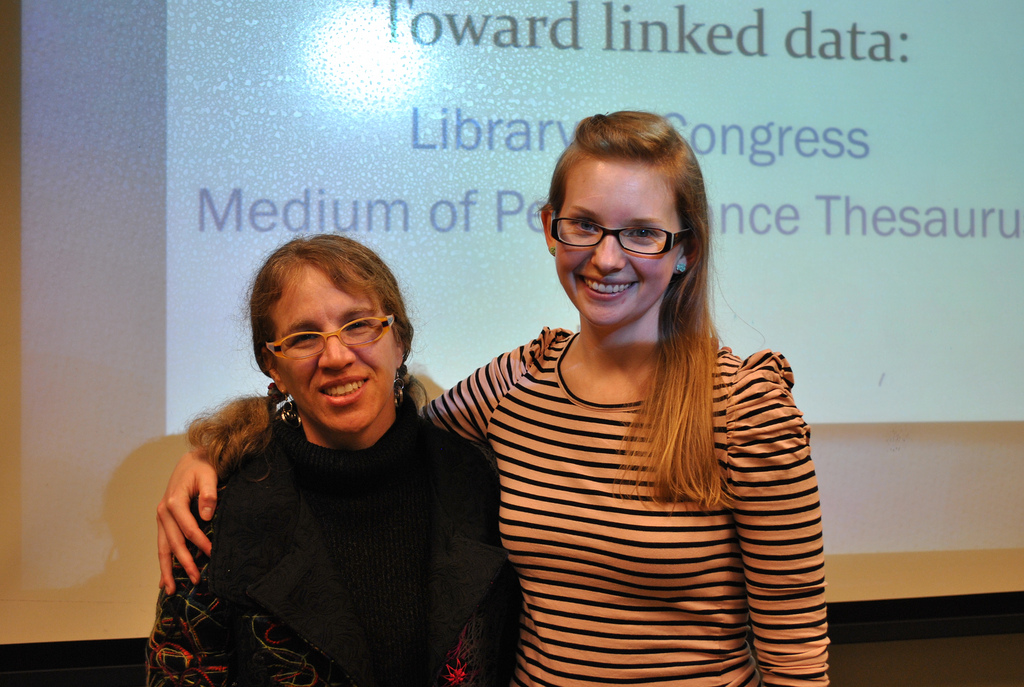 This month, Smith was appointed to the MLA Bibliographic Control Committee Subject Access Subcommittee. According to the MLA Website, the purpose of this subcommittee is "to formulate MLA policy on all matters related to access to music materials via subject, including document classification, thesauri of indexable terms and capabilities for subject access to online bibliographic records." This work focuses on music-specific metadata for the Library of Congress Subject Headings (LCSH) and other subject access standards. Smith's tenure on the committee will last until 2014.
Her work with the MLA builds on her internship last winter at the Library of Congress, which also focused on music metadata. Specifically, Smith worked on the medium of performance thesaurus (LCMPT), a subset of the Library of Congress genre form thesaurus project. Since medium of performance - that is, voice, oboe or tambourine - is logically separate from the genre of the performance - bossa nova, opera or skiffle, say - there are separate thesaurus for these types of terms.
In a presentation to an open session of SILS Professor Dr. Jane Greenberg's INLS 520 (Organization of Information) course this spring, Smith recounted her work in creating both a concept schema (the mediums of performance) and a metadata schema (the elements that allow those concepts to be described).
"When I got there, the vocabulary was basically just a couple of Word documents," she says.
Though the instruments described in these schemas have been used to make music for generations, the technology Smith used to map out her schemas is on the cutting edge of the Semantic Web. She mapped the schema to Simple Knowledge Organization Simple (SKOS), a W3C linked data standard for representing domains of knowledge as networks of triples. She also deployed a thesaurus to the Open Metadata Registry, which allows users to download and use the thesaurus as encoded in XML. 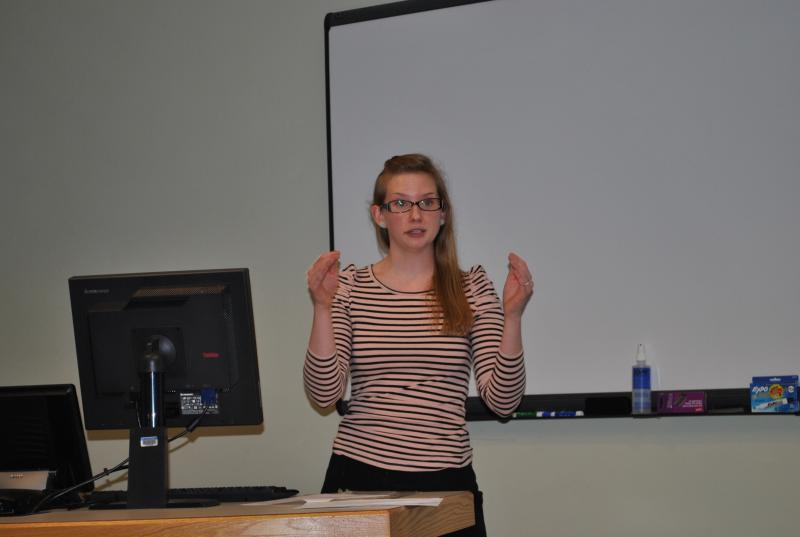 Although her appointment to the MLA working group is a validation of her work, working on the LCMPT was not without its challenges.
"One of my main takeaways from my time at LC was the incredible intellectual effort necessary to plan and build a map of knowledge," Smith says. "Much of our time was spent in discussion of the semantics of the LCMPT documentation so that the thesaurus would be able to grow and change as music changes." The mix of English and foreign language terms gave her some amount of trouble, as did the problem of having terms that were spelled exactly the same way, but in different languages and referring to different concepts. A more practical problem was that she only had three weeks in which to make headway on this project. "I didn't even get my security pass until midway through my second week," she remembers.
But for all its challenges, Smith notes that it was rewarding work, and living in Washington, D.C. at Christmas time had its own perks. "There was a gigantic Christmas tree up in the foyer of the Jefferson Building," Smith says, referring to the main Library of Congress building. She also saw some of LC's unique collections, including a Gutenberg Bible and the contents of President Lincoln's pockets when he died (among them a Confederate dollar).
Given its location on Capitol Hill, a presidential sighting was almost inevitable.
"I was walking into work one morning, and was less than a block from the Library," said Smith. "Up ahead, I saw two Secret Service agents standing out front of this little diner and thought, maybe there's someone important in there. Then this big black SUV pulled up and President Obama got out! He was just wearing jeans and a sweatshirt."
From Manning Hall to Capitol Hill, and from concert rehearsal to metadata development, music has been the throughline for all of Smith's work. "My background as a musician was crucial to my work at LC, and will continue to inform my work on the MLA subcommittee," she says. "The fact that I am aware of common language used in music rehearsal and music literature allowed me to understand the needs of musicians and catalogers, and allowed me to provide valuable input into the structure and content of the LCMPT."
"My time at SILS inspired me to think about how knowledge is created, expressed, and shared in different contexts."
-Heather McCullough (MSIS'07)